A Reader's Digest article on Michael Dell had fired his imagination. Today, he is a major innovator in the Silicon Valley. 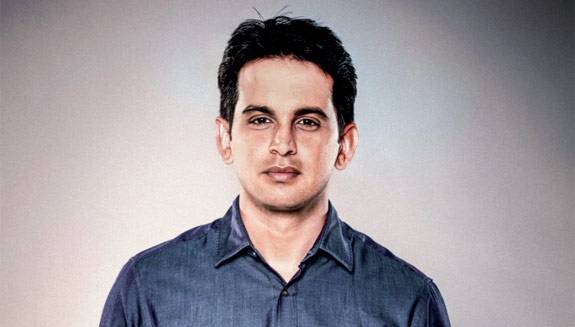 Bangalore in the '80s was still wrapping its head around computers. For some people, these were scary new things; no one knew if these devices would destroy livelihoods or build them. I came from a regular middle class family where books and magazines like Reader's Digest were a part of growing up. But computers fascinated me, and I started writing programs by the time I was 10. I will always remember the time I sketched something using Logo, an educational language for drawing on a screen through simple programming commands. What struck me, and the feeling stays with me even today, was the sense of personal connection-of my ability to write code, to see what I created and to feel that sense of ownership and success. It gave me a sense of control over something as complex as a computer. Given the ambiguity surrounding these devices, the fact that I could tell them what to do was pretty empowering. My parents didn't think twice about sending me to an out-of-school course to learn more about programming.

I was heavily inspired by stories of technology innovators like Bill Joy, co-founder of Sun Microsystems, Microsoft's Bill Gates and Steve Jobs of Apple. Then [in 1994] I read an article in Reader's Digest on Michael Dell, founder and CEO of Dell Inc. His entrepreneurial story that started with selling subscriptions to a local Houston newspaper was super inspiring. At that time, middle-class kids in India were not familiar with the culture of delivering newspapers or milk to earn money. But Dell's story certainly made an impression. It lit that entrepreneurial spark and, years later, when I was in my 20s, I had to decide whether to go down that path or not. I remember thinking that I was about the same age Dell was when he created his own company [Dell registered his company in 1984 when he was 19].

I graduated from R. V. College of Engineering, Bangalore, in 2003. Then, while working in Yahoo, I led the Yahoo Hadoop MapReduce team in California and Bangalore. Since early 2006, my focus has been Apache Hadoop, an open-source technology to manage data. It was unclear then if Hadoop was going to make a global impact. It was pretty clear, though, that there was some sort of opportunity. By late 2007 or early 2008, we realized that Hadoop was going to create an impact beyond the Silicon Valley.

I understood that there was a big leap between building a technology and convincing Fortune 1,000 enterprises to actually buy it. Did I have the skills? Could I acquire them? It helped to have people like Rob Bearden and Peter Fenton at Benchmark Capital, the venture capitalist firm, on board. It gave me confidence in the technology and the belief that we could put together a good team. My brother-in-law Srikanth Rao, a veteran in the field of IT services and consulting, pushed me and gave me the confidence to pursue a career in software, one that could be entrepreneurial in nature. It was reassuring, given that I was the son of a banker and computers were still a risky career choice. It was scarier because I had just started a family and had a six-month-old son.

I knew I was going to be a technologist. The real questions were, if there were opportunities to learn a new set of business skills, and where I could go from there.

Hortonworks was born in July 2011. Our goal was to ensure that Hadoop would, via Hortonworks, become the standard platform for storing, processing, managing and analyzing big data. Our mission is to manage the world's data, while driving innovation in open source communities. At that time, I would never have imagined that we would go public in three and a half years and become the fastest company in history to earn $100 million in annual revenue.

Ten years ago, Hadoop was a young technology with limitations and our challenge was to widen its appeal and make it consumable. Now, Hadoop has made an impact in every industry-from healthcare and banking to agriculture. A lot of the Aadhaar project, for instance, is based on Hadoop. I don't claim credit for the project, but I do have a great sense of pride and satisfaction that some of my work will have an impact on it. That I have been able to make a positive difference to someone living in a remote corner of India, who has never even seen the internet. I could never have dreamt big enough for this. I'm also proud of the work we are doing in healthcare, particularly cancer research and genomics (mostly because I've paid a personal price in my family), which is revolutionizing medicine. We joined the White House's Precision Medicine Initiative with an aim to drive open collaboration. We are a product of our opportunities and of our ability to take advantage of them. I've been responsible for technologies that have transformed the original in fundamental ways, but you have to stay grounded. You have to be willing to put in the hard work required to transform yourself. If you can't transform yourself on a daily, weekly or monthly basis, you can't take advantage of the opportunities.

It is also important to work with people you respect, like I did at Yahoo. Don't follow the money, follow the people. To be an entrepreneur, it is as important to be adaptive and to optimize learning and new experiences.

What motivated me 10 years ago was writing a piece of code or doing something cool on my own. Now, as a parent of two, I realize I am far more satisfied by providing an environment where others are successful and motivated.

Another key to being an entrepreneur is to stay curious and to stay the course. If I hadn't worked on Apache Hadoop at Yahoo for three to four years, I wouldn't have been able to create what I did. You don't have to have 25 ideas. The truly big ideas don't come along unless you have a few years of depth, until you have put in time, energy and effort to understand a space.

This is what I want to give to my children. I want them to be curious, seek opportunities and understand that they can take any action they want-as long as they are willing to accept the consequences of their choices. That's how dreams are built.

Arun C. Murthy is founder and vice president of Engineering at Hortonworks, an Apache Hadoop PMC member and the lead of the MapReduce project, focused on building NextGen MapReduce (YARN).

Do You Like This Story?
57
0
Other Stories
Please enter valid text
Must Reads
Latest Issue