A Writer After 200 Rejections

The story of a struggling author, whose dream came true after 21 years 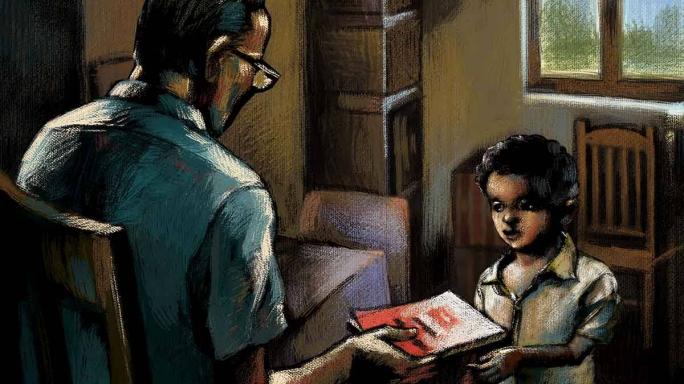 I was born in Pandari, around 30 kilometres from Motihari in Bihar. My education started in my village madrasa and then in an Urdu-medium government school. I did not have any English then.

When I discovered, at age 20 or 21, that Eric Arthur Blair aka George Orwell was born in Motihari, it made me wonder if I could be a writer too. That day, it became my dream.

My Abba was the one who opened up the world of books for me. I must have been seven or eight, when he first gifted me a Hindi storybook. He was posted in a small town near Patna and visited our village home. Looking at the book, I asked Abba if it was for my next class. I did not know then that books existed beyond the classroom. When Abba explained, I was fascinated to hear about storybooks. I couldn’t believe I would not have to pester my mother or grandmother for my daily dose of bedtime stories. That was the beginning of my love affair with books.

By the time I was in class 10, I had finished reading hundreds of novels—literary as well as pulp fiction. Some of my favourite writers were Ibn-e-Safi, Devaki Nandan Khatri, Sarat Chandra Chattopadhyay, Prem Chand, etc.

Nanaji (my maternal grandfather), who ran an Unani and Ayurvedic medicine shop in a small kasba (town) called Bairagania, used to be the only person from the area who knew English. My father cited him to motivate me to improve my English. Also, my private tutor, Janak Babu, made me believe that it was possible for a Bhojpuri-speaking, Hindi/Urdu-medium student like me to learn the language. After 10 months with Janak Babu, I started reading comics in English. Two years later, in 1988, I read my first English novel, Khushwant Singh’s Train to Pakistan. The first book I actually bought myself was A Strange and Sublime Address by Amit Chaudhuri, for the princely sum of Rs 30 from a roadside bookseller.

At the time I lived in Patna, where my father was posted. I decided that I should first try my hand at writing newspaper and magazine articles, improve my skills and then progress to longer forms. I approached a couple of Hindi newspapers with submissions but was promptly turned down. One editor even mocked my Hindi. Gutted, I decided to start writing in English.

A few weeks later, I arrived at The Hindustan Times office to meet Daniel Thomas with a handwritten article. The genial and kind-hearted Daniel published my first article after heavy editing and my journey as a freelance writer began. After a dozen articles and reviews, I knew it was finally time to plan my novel. Looking back, I realize I did not know the first thing about creative writing—naturally, I struggled with the plot and characters. After almost two years, I dropped the idea of the novel and started focussing on my studies. While I pursued a master’s degree, I also prepared for the civil services and banking exams. 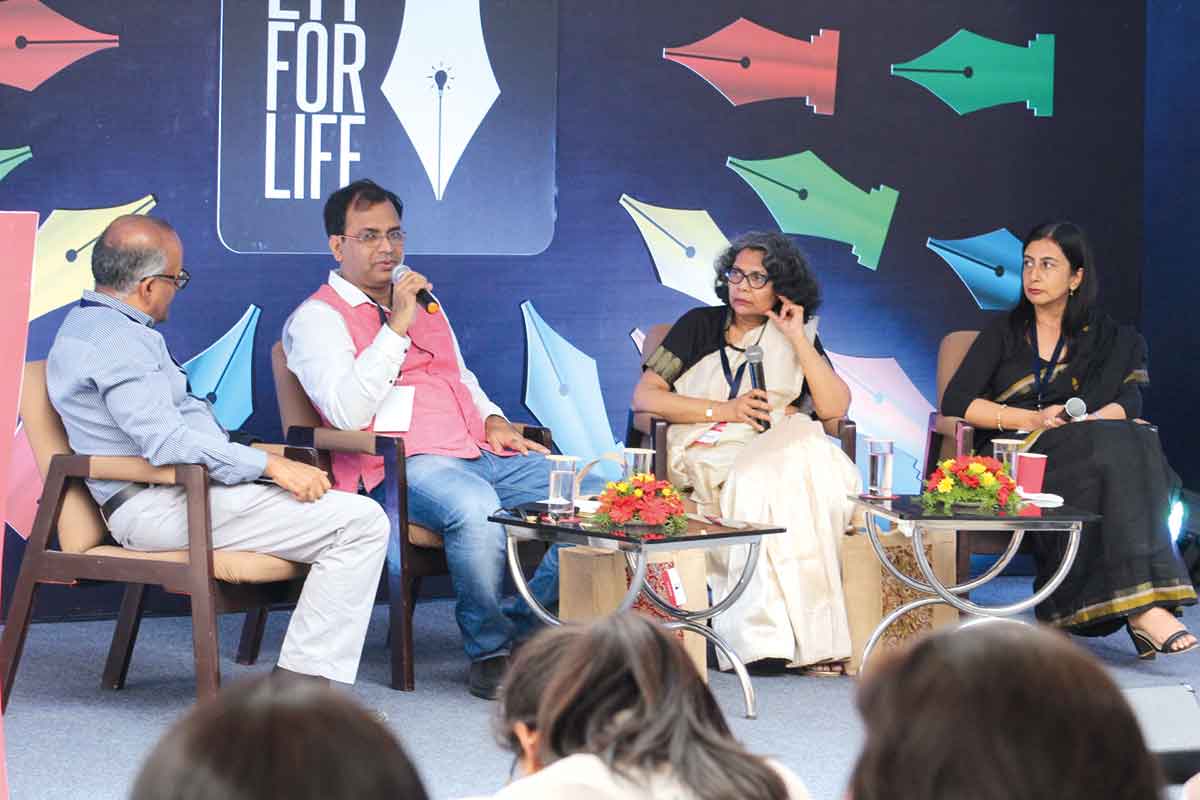 The author at The Hindu Lit for Life festival

In 1997, when Arundhati Roy won the Booker Prize, I was so fired up that I decided to return to my novel once again. I bought a notebook and a fountain pen, the very same day, and managed to scribble the first draft of the first chapter of my first novel! In the next few weeks, I progressed to five chapters. There was no dearth of ambition in me: I sent these chapters to Mary Mount, a well-known editor at Picador, London right away. She rejected my submission, but advised me to keep working on my writing to improve it. I was thrilled and grateful just to hear from her.

A year later, I found a job with a public-sector bank and was posted to Gurdaspur, Punjab. Homesick, I began to drift away from my writing. After returning from office, I spent my time cooking and watching mindless TV soaps, and  abandoned reading.

Four years passed, and I was transferred to Basti, a small town in Uttar Pradesh. This is when I also got married. Tarannum and I had never met before the nikah and did not know much about each other either. When she came to live with me, she discovered newspaper clippings of my published articles and the partially written manuscript of my novel. I confessed that I had stopped after a writer’s block, but she insisted that I start over. She even offered to type out whatever I wrote. Thus, it became a sort of ritual for me to scribble at least 100 words every morning and typing them out was among Tarannum’s daily chores.

Believe it or not, we continued this way for five or six years, but in this time I had barely added a couple of chapters to the earlier draft. My habit of reworking chapters meant that I could not progress with the narrative. Unbelievable though it may sound, I wrote more than 200 drafts of the prologue and the first chapter. With his wife, Tarannum

Meanwhile, I moved to Ludhiana with another bank. Our home was close to the office and work pressure was minimal, so Tarannum insisted this was a good time to seriously start work on my novel. She bought me a new laptop, and using her powers of persuasion, extracted a promise that I’d finish my novel first and then edit or rework the chapters. If I tried to achieve perfection I’d never complete my novel, she pointed out. Her wisdom and guidance paid off: Within a year, in 2009, I finished the first draft.

I was not happy with my manuscript, though. I contacted a literary critic, who agreed to review my manuscript for a fee. A month later, the feedback landed on my table, but it was devastating, to put it mildly. I wept, believing I’d never get published. When I shared it with Tarannum, she remained unfazed. She simply said I should get to work on it on the basis of the feedback.

It took me more than two years to redraft my novel. My book was a mushy romance when I had started writing it, but ended up differently—it was seen as a culturally insightful coming-of-age tale set against a socio-political backdrop. The feedback and moral support received from three of my friends also helped me improve my manuscript further. When I felt that I could not improve it anymore, I started approaching agents and publishers in India and abroad.

After more than 200 rejections since 2010, I was ready to give up, exhausted by the long, arduous journey. This is  when my friend, Kishore Ram, suggested that I should change the title of my novel. Tarannum agreed, adding that Three Kinds of Dreams said nothing about my novel’s theme and that I should include ‘Patna’ or ‘Bihar’ in the title. We began to list some probable titles and I suddenly hit upon Patna Blues. She loved it. In 2015, I submitted my manuscript to a few publishers and a few days later, I got a call from Renu Agal of Juggernaut Books.

Finally, to my utter disbelief, the book was published in September 2018. At the cost of sounding immodest I must say Patna Blues was received with much love from readers and critics alike. It is now being translated into 10 Indian languages. The Kannada translation is out already. The Hindi, Tamil, Bengali and Malayalam versions will be out this month, followed by some others. A few production houses and film directors have even expressed interest in adapting it for the screen. And, now, book publishers are sending me feelers and queries about my second novel.

Do You Like This Story?
20
2
Other Stories
Please enter valid text
Must Reads
Latest Issue