13 Things You Should Know About Patience

All about the virtue of patience 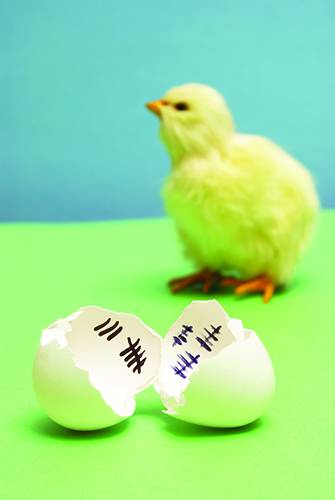 1. Got a short temper? Your brain may be partly to blame. Stan Floresco, a psychology professor at the University of British Columbia, Canada, says there's evidence of neurological differences-in frontal lobe functions, which regulate impetuous behaviour, for example-between patient people and those who are easily exasperated.

2. You might be able to train yourself into better self-control. Stopping in a moment of impulsiveness and taking a beat could, Floresco says, re-engage frontal lobe functions.

3. A Microsoft survey found that the tech-obsessed might be less focused than goldfish. Extensive gadget use has caused a decline in attention spans: from an average of 12 seconds in 2000 to around eight in 2015. (Goldfish clock in at nine seconds.)

4. To build patience, find a strategy. British Columbia-based psychotherapist and meditation teacher Michael Stone uses this one: first, he imagines how he'd respond if he was feeling patient. Then he waits until his frustration changes into something else-relief, gratitude or calm.

5. Take time to reflect. Because they each require focus, prayer and meditation help build skills required for patience, says Sarah Schnitker, a professor at the Fuller Theological Seminary in Pasadena, USA.

6. In the habit of making poor choices? Research shows that putting off decisions-such as weighing our options before making a big electronics purchase-increases the likelihood that, in the future, we'll go for smarter selections.

7. Patience is key to building a winning team. A 2013 American study determined that pairs of players who scored high on a patience test were most likely to coordinate in order to earn higher payoffs in a two-player strategy game.

8. Impatient people tend to procrastinate. In a 2015 American study, researchers offered students compensation for their time. Individuals could immediately receive a cheque for a small sum or wait two weeks for a larger payout. Almost 57 per cent of those who opted for the former took more than two weeks to cash their cheques.

9. A study by multiple American universities found that young adults who scored high on tests designed to measure impatience had an 18.4 per cent risk of developing hypertension within 15 years, compared to an 11.6 per cent risk among their more patient counterparts. One potential cause? Impatience may be correlated with higher rates of smoking, drinking and unhealthy eating.

10. Teach patience early. In a famous study from the 1960s, psychologist Walter Mischel gave young participants a marshmallow or similar treat and left the room, telling each child that if he or she waited for him to return before snacking, they'd get another one. Follow-up studies found that children who held out for the second treat had higher SAT scores and were less likely to develop obesity and substance abuse issues.

11. To that end, Stone recommends that parents encourage children to practise being bored at times. Instead of distracting kids the second they get restless, allow them to sit with their ennui.

12. Improve your patience and accomplish more. According to Schnitker, patient people can exert more effort to reach their goals, as they're able to better regulate reactions, emotions and interactions.

Do You Like This Story?
25
0
Other Stories
Please enter valid text
Must Reads
Latest Issue