13 Things To Know About Friday The 13th

Today, you need to know why you should laugh at the myths around this day 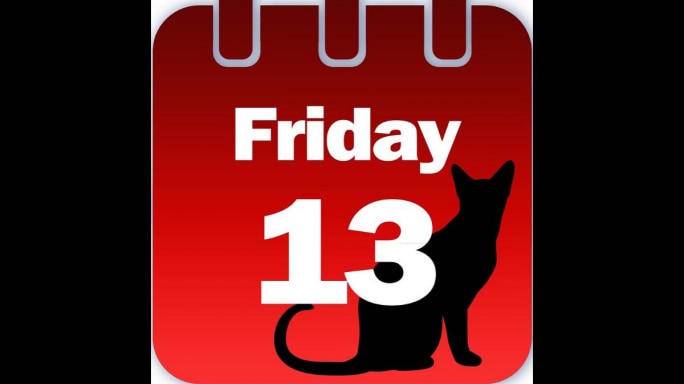 Friday the 13th and the superstitions around it deserve utter scorn. However, the mythology around this day is fascinating. Here are 13 things you should know about the number and the day:

1. Paraskevidekatriaphobics is the term for those who live in morbid fear of Friday the 13th.

2. For long, many Christians believed that Friday was unlucky because it was the day of the week when Jesus was crucified.

3. The number of people at The Last Supper was 13. Judas Iscariot is said to have been the 13th guest for the supper.

4. It is considered an urban myth but many believe that the ship HMS Friday, which was launched on Friday the 13th, was lost without a trace. Since then, people avoided launching ships on this day.

5. Some attribute the superstition of Friday the 13th to Norse mythology. Friday was named after the goddess of love and fertility, Frigga. According to mythology Frigga was banished and labelled as a witch. The legend has it that every Friday, Frigga calls meetings with 11 other witches and the devil totalling 13 and plan ill will.

6. Over the years, fiction has added to the myths around the day. For instance, Geoffrey Chaucer depicted Friday the 13th as an unlucky day in The Canterbury Tales, written in the 13th century.

7. In France, it is said that King Philip IV ordered the arrest of the Knights Templar on Friday the 13th.

8. The Thirteen Club was a society in the United States that first met on the Friday the 13th. It was formed to dispel superstition associated with the day. Amongst its members were U.S. Presidents such as Chestur A. Arthur, Grover Cleveland, Benjamin Harrison, and Theodore Roosevelt.

9. It is said that if 13 people sit down to dinner together, all will die within the year. Whoa!

10. 4 is considered an unlucky number in Chinese as it sounds the word 'death' in Cantonese. This extends to number 13 as 1+3 adds to 4.

12. The day had caught the imagination of the writers in the early 20th century. For instance, in 1907 Thomas Lewson wrote a story titled Friday, the Thirteenth. It is about a Wall Street broker, who destroys the stock market. Keep an eye on the markets today!