Can your address affect your heart health?

How your address affects your heart, how Instagram makes food tastier and how midday naps reduce blood pressure... 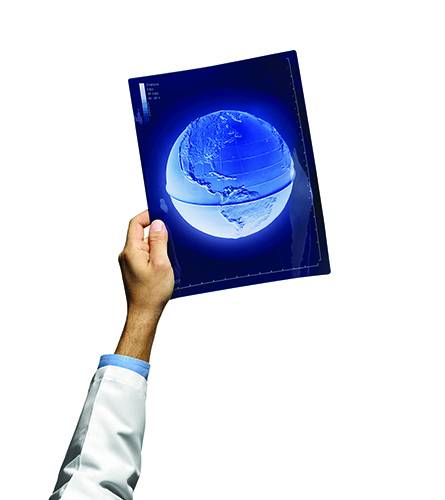 How Your Address  Affects Your Heart

A high-rise abode could raise the risk of death from cardiac arrest, according to an analysis of 8,216 emergency 911 calls in Canada. People were more likely to survive if they lived below the third floor than above it. Only two of 216 people above the 16th floor survived, and nobody above the 25th floor lived. One simple reason: Elevators delay first responders. Training tenants in CPR and using automated external defibrillators (AEDs) could save lives.

Myth of the Midlife Crisis

A decades-long study of high school and college seniors published in Developmental Psychology found that happiness usually rises starting at 18 and continues well into the 30s and that people tend to be happier in their early 40s (midlife) than at 18. Happiness was higher in years of marriage and lower in years of unemployment. This challenges the previous thought that happiness declines from the teens to the 40s, sometimes culminating in, what we call, a midlife crisis.

Cancer treatments are almost twice as likely to work on patients who are given written information about their condition, its therapeutic procedures and its potential impact on their lives, according to a recent report from the University of London. The researchers speculated that knowing what to expect reduces stress and uncertainty, which interfere with health. For working patients, being warned that cancer treatment causes fatigue allows them to adjust their workload accordingly.

Baffled by diners who take snapshots of their food? They may experience a tastier meal than you. In a series of three studies published in the Journal of Consumer Marketing, researchers found photographing food before eating it results in more favourable evaluations of the meal. A momentary delay allows your senses to be engaged in the food as the anticipation builds.

Spoonful of Medicine Could Be Wrong Dose

When Cornell University researchers asked 195 participants to pour one teaspoon of nighttime flu medicine into kitchen spoons of different sizes, they poured an average of 8 per cent too little (using midsize spoons) or 12 per cent too much (using large spoons). Repeat dosing mistakes may make medicine ineffective or even dangerous. Always use a measuring cap, a dropper, or a dosing spoon.

A Greek study of 386 middle-aged hypertensive patients found that those who grabbed some noontime shut-eye had lower blood pressure than their counterparts who didn't. After adjusting for other factors such as age and alcohol intake, the 24- hour ambulatory BP (a measure of your blood pressure as you're going about your day) was five per cent lower in people who took a short 60-minute nap. This reduction is big enough to reduce the risk of heart attacks and lower the amount of antihypertensive medication.

Sitting in front of the TV screen for five hours or longer a day doubles the risk of dying from pulmonary embolism (a blockage in one of the pulmonary arteries in your lungs), compared to 2.5 hours or less. Blood clots are associated with sitting for long stretches of time, so standing up and walking around is a good preventive measure.

The more often seniors see family and friends, the less likely they are to develop depression symptoms, says a paper published in the Journal of the American Geriatrics Society. Of the 11,065 participants, those who met up with loved ones or friends at least three times a week had a depression rate of 6.5 per cent after two years, compared to 11.5 per cent in those who met them every few months or less.