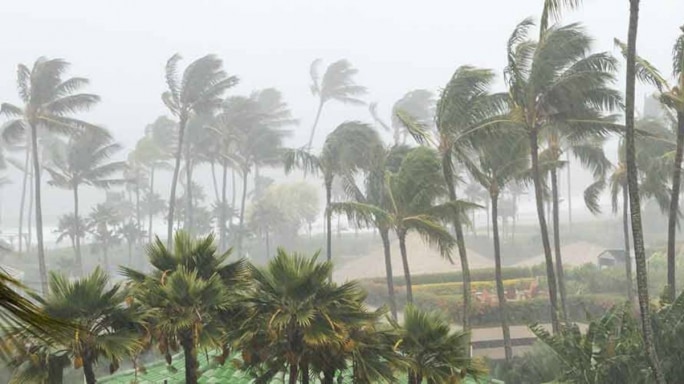 Some cyclones can leave a trail of destruction in their path while others simply lose their ferocity as they hit the coast. In recent years interesting names of cyclones and their origins have piqued our curiosity. How and why are cyclones named and who decides them?

Generally, the names are short and easy to recall. Some of the recent cyclones that have hit several parts of the sub-continent include Titli, Gaja, Fani, Vayu, Hikaa and Maha.

Now, cyclone Bulbul is expected to hit India’s Eastern coast on 9 November. Pakistan may be thousands of kilometres away from the Bay of Bengal, but did you know Bulbul has a Pakistan connection? To find out exactly how, read on.

Why do cyclones have names?

The names help in spreading the message about cyclones far and wide. The media can report the storm by its specific name and the communities that are likely to be affected can be alerted by the local authorities so that they can prepare for any eventuality. Alerting the communities is of paramount importance in the regions hugging the Bay of Bengal and the Arabian Sea as these coastal areas have been victims of severe cyclones in the past.

The cyclones in the sub-continent and around the world were identified by the areas they were likely to strike or by the more confusing latitude-longitude coordinates. In the absence of specific names there were problems earlier for affected people and the authorities, while referring to them.

It was in the 1950s that the practice of naming the tropical storms started in the US. Looking at the effectiveness of this process, it was later decided by the World Meteorological Organization (WMO) to create names for tropical storms around the world. And the responsibility for nomenclature was placed on the Regional Specialized Meteorological Centre (RSMC) that is also responsible for monitoring the storms. For the tropical cyclones over the northern part of the Indian Ocean, the Delhi-based RSMC centre is responsible for coming up with the names. The members of this group are India, Bangladesh, Myanmar, Maldives, Oman, Pakistan, Sri Lanka and Thailand.

The naming of the cyclones in South Asia is a relatively-recent phenomenon when compared to Western countries. It commenced only from September 2004.

The countries of the region follow certain rules to come up with the names and sequence in which the cyclones affecting the region would be identified.

The RSMC for Tropical Cyclones in North Indian Ocean, with its head office in Delhi, has some rules.

The member countries are listed in an alphabetical sequence and, the names chosen by these countries are clustered into eight rows (See chart below).The cyclone’s nomenclature started with the first name in row one, which happened to be Onil, given by Bangladesh. Now we have arrived almost the end of the list on the eighth row.

The name ‘Bulbul’ was Pakistan’s nomination.

After two more cyclones, which, according to the list, will be Pawan (given by Sri Lanka) and Amphan (by Thailand), the panel members will sit again to draw new names for cyclones that will hit our coasts in the coming years. Following the international convention, the names of the cyclones that cause much death and destruction are retired permanently and are not repeated.

Even we, the general public, can suggest names for cyclones. The Indian Meteorological Department (IMD) will decide on the final list (from India) and forward them to the RSMC on behalf of the nation. The names should be short and easy to pronounce and they should not be culturally insensitive or offensive.

You can visit http://www.rsmcnewdelhi.imd.gov.in for more details.