9 Facts You Should Know About GSAT-30 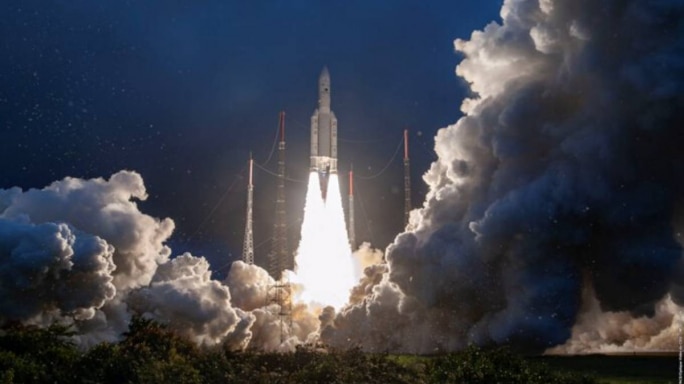 India's high-powered communication satellite GSAT-30 was successfully launched from French Guiana in the early hours of Friday, 17 January 2020. Indian Satellite Research Organization’s (ISRO) Master Control Facility (MCF) at Hassan in Karnataka took over the command and control of the satellite immediately after its separation from the launch vehicle.

Here are nine things to know about the satellite:

1. It was launched on the vehicle Ariane 5 VA-251 from Kourou Launch Base, French Guiana at 2:35 am Indian Standard Time (IST).

3. GSAT-30 will serve as replacement for INSAT-4A spacecraft services with enhanced coverage.

4. In days to come, the satellite will be placed in Geostationary Orbit (36,000 km above the equator) by using its on-board propulsion system.

5. It has C-band and Ku-band transponders. While Ku-band will cover Indian mainland and its Islands, C-band will provide a wider coverage.

7. Its C-band will provide extended coverage helping television broadcasters to beam their programmes over India, the Gulf countries and larger number of countries in Asia and Australia.

8. Its Ku-band downlink signal will be used for ground tracking purposes. It is mostly used for satellite TV and for VSAT systems.