What Is The Future Of India In The Olympic Games?

Tokyo 2020 will be a crucial reality check for Indian sports. A lot will be riding on the outcome of these Games beyond the individual fortunes of these athletes 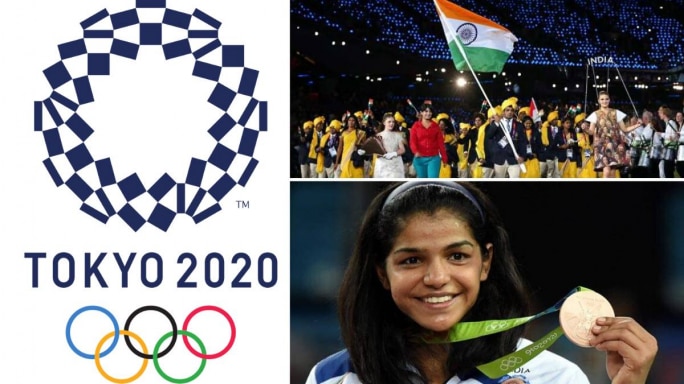 Wrestler Vinesh Phogat’s father was shot dead by a relative when she was eight. When her mother was asked to marry her late husband’s brother as per custom, she refused. The decision triggered such uproar in her conservative Haryana village of Balali, as Sonia Faleiro has documented, that family members from far and wide were called in to counsel her. She remained resolute in her refusal, started a micro-finance business and her daughter, while growing up in the same conservative village, went on to become a world medal-winning wrestler.

Her story is the measure of the distance India has travelled.

Four years after she was carried off screaming and writhing from the wrestling quarter-final in Rio after a horrible knee injury and her career was written off by many, Vinesh Phogat has ensured that she will be back in Tokyo in 2020—this time as a strong medal contender. Will she add to India’s medals tally? Will she redeem herself like Abhinav Bindra did in Beijing 2008 after Athens 2004?

Will badminton world champion P.V. Sindhu, looking to change the colour of her Rio silver medal, make us proud? Will Saina, looking for her own Olympic salvation, find her holy grail a second time in Tokyo? Will India’s World Championship medal-winning wrestlers—Bajrang Punia, Ravi Dahiya and Deepak Punia—manage to replicate their successes from Nur Sultan in 2019? Will the phalanx of shooters, who have benefitted from a complete overhaul of the base structures of Indian shooting over the past four years, find their mark? Will the constantly improving hockey team rise to the challenge three decades after the Indian team stood on an Olympic podium?

These are the questions swirling in the wind as India’s athletes prepare for their Tokyo test.

What does India realistically hope for at the 2020 Olympics?

Three years after the Olympic Task Force submitted its report and five years after the TOPS [Target Olympic Podium Scheme] was launched, what is India’s best-case scenario? After three medals in Beijing 2008, six in London 2012 and two in Rio 2016, will the graph curve move up again for India?

Narendra Batra, IOA [Indian Olympic Association] president and one of the two Indian members of the IOC [International Olympic Committee], announced in July 2019 that the target for India is ‘double figure medals’. Speaking at a function in Agra, Batra outlined the ambitions of India’s sport administrators saying, "We must start winning medals in double digits. We can target 10 to 12 medals in Tokyo, 25 in 2024 and around 40 in the 2028 Olympics. Unless we set targets, we will not achieve anything. I feel these are achievable targets."

Tokyo 2020 will be a crucial reality check for Indian sports. India’s Tokyo contingent has a number of medal hopefuls and a lot will be riding on the outcome of these Games beyond the individual fortunes of these athletes. Nothing is predictable in sports, but if the sporting gods smile, it could mean a new phase of growth.

In an age where sporting success is also a barometer for chest-thumping nationalism, Tokyo will determine whether India’s sporting administrators will make the bid to host the Olympics in India. For a while now, the IOA has been considering a potential bid for the 2032 Olympics. Such bids are put in years before the event. The bidding process for the 2032 Games will start in 2022 and the decision will hinge a great deal on India’s medal performance in Tokyo.

Medal targets are closely tied to this ambition. Batra told a press conference in Bengaluru in June 2019, "If we have to bid for the 2032 Olympics, the target should be 20 medals in 2024 and 35 to 40 medals by 2028. Otherwise they won’t even allow you to bid. You have to make sure the performance is such."

Beijing used the 2008 Olympics to showcase its status as a new superpower. As India’s clout rises, it too has similar ambitions but it won’t stand a good chance to host the Olympics without being at least a middling sporting nation. Greece won 16 medals (and ranked 15th on the medals tally) when it hosted the Athens Games in 2004, Britain as sporting powerhouse won 65 in London in 2012 (third on the tally) and Brazil won 19 in 2016 (standing 13th on the tally). Apart from economic and strategic clout, a possible Indian bid would need a strong sporting base as well to be successful. 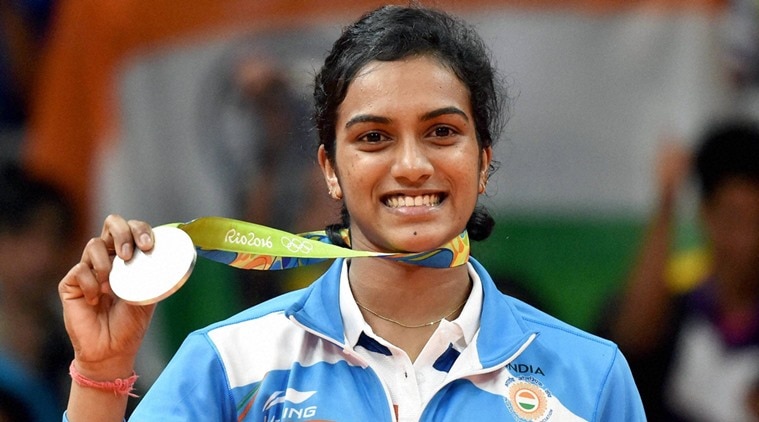 Other than Sakshi Malik, P. V. Sindhu was the only other Indian to stand on the podium in the 2016 Rio Olympics. Will India's medal tally increase in the 2020 Tokyo Olympics? (Photo: Flickr)

Can India make such a bid?

India has hosted big sporting events before, like the Commonwealth Games in 2010 or the Asian Games in 1982 and 1951. It has also hosted single sports tournaments like the ICC Cricket World Cup (2011), the FIFA U-17 World Cup (2017) and men’s Hockey World Cup (2018). Yet, these pale in comparison to the size of an Olympics which requires facilities for over 10,000 athletes, 30,000 members of the media and over 300 events. In anticipation of a possible bid, Olympic administrators have been planning to host several big global events after Tokyo. Batra announced, "India will be a country which will host many events. We are looking at the 2026 Youth Olympic Games and the IOC Congress in 2021. We have also expressed our interest to host the 2030 Asian Games so that the infrastructure will be ready early with just a two-year gap to the Olympics."

Which Indian city would host a possible Indian Olympics? The IOA says it could be Delhi, Bengaluru or Mumbai, or all three. "The only precondition is that a city should have an international airport," said Batra. Bhubaneswar too may be considered, as we are calling it the sports capital of India. That (decision) we will leave for later." IOA General Secretary Rajeev Mehta told reporters in mid-2019 that "At the moment, Mumbai and Delhi are frontrunners. But we can surely consider other cities like Bengaluru and Bhubaneswar."

This is not a pipe dream. In 2018, the IOA submitted a formal expression of interest to the IOC. Earlier that year, its president informed the visiting IOC Chief Thomas Bach that India would consider bidding for the 2032 Games. This is how IOA Secretary General Rajeev Mehta described his meeting with the three-member bid committee to the Press Trust of India: "We are dead serious about this bid for the 2032 Olympics. So, we have already submitted to the IOC the letter expressing our interest in hosting the 2032 Olympic Games. I had a meeting with the bid committee of the IOC. They welcomed the move and said that India should have hosted an Olympic Games much earlier."

The idea of hosting an Olympics hasn’t had any formal sanction from the government yet. In fact, the sports ministry in 2018 was lukewarm to the IOA’s expression of interest. Yet, this is an ambition that could take wind if India does well in Tokyo. Paris will host the 2024 Olympics and Los Angeles has already received the nod for 2028. Others who have expressed an interest for 2032 include Indonesia, China, Australia, Germany and possibly a joint bid by North and South Korea.

Would it be a good idea for India to host the Olympics?

The annals of Olympic history are full of cities that wanted to host the Games to project their soft power globally, only to end up with humungous cost overruns and deficits that lasted years thereafter. Only Barcelona (1992) and London (2012) in recent times gained economically with long-lasting positive legacies. Historically, the famous example of a financial disaster at the Olympics was Montreal in 1976, which left the Canadian city with a C$1.6 billion debt that took it forty years to recover from. Rio 2016 is said to have used up over $13 billion and left in its wake a swathe of empty apartments and corruption scandals that engulfed a host of Brazilian politicians. This included then-President Luiz Inacio Lula da Silva, who wept when the games were awarded to Rio but was later convicted for twelve years on corruption charges.

Apart from memories of the Commonwealth Games in 2010 that landed Suresh Kalmadi in jail, there is of course the bigger question of whether India should invest in a mega event when the same money could be used to train athletes or invest in infrastructure.

It is an open question. At one level, there is no point in building modern Potemkin villages for a global show when our own systems don’t work. One mustn’t forget when officials at the Delhi 2010 Commonwealth Games publicly talked about using giant bamboo curtains to shield visitors from the sight of poor bastis (slums). Of course, such ideas involve building a beautiful façade only for the benefit of visitors without actually fixing anything, and hence do nothing to actually help our situation.

Yet, if done the right way with the right sustainable investments—like Barcelona in 1992 or Seoul in 1988—an Olympic Games can also be a major economic booster for India. Barcelona, for example, transformed forever from an industrial backwater into one of Europe’s most popular and visited cities. City unemployment, according to one study, dropped dramatically from an all-time high of 1,27,774 in November 1986 to 60,885 in July 1992. Olympic infrastructure created for the Games is believed to have provided over 20,000 permanent jobs for the city. "Crucially the games seemed to change the way people thought of Barcelona," said Adam Taylor in a profile for Business Insider.

If it does come to that, India would be better off hosting a multi-city Olympics. Hyderabad, for example, could host badminton and rowing, Delhi’s Karni Singh ranges for shooting, Kolkata for football, Bhubaneswar for hockey and so on. There is no point creating new artificial islands. India could leverage its existing strengths, build on them and create a truly pan-Indian festival. All of this, however, is just speculation. Whether India should host an Olympics or not is a debatable question. Its pros and cons must be put under speculation, but whether this remains an academic debate or a genuine public policy issue will depend a great deal on what happens in Tokyo 2020. A good medal haul will reignite this subject while a bad one may well bury it.

Such questions shouldn’t concern the athletes, of course, who will be travelling to Japan in search of glory. In the end, it is their stories, their triumphs and their struggles that will matter. Yet, as the Olympic-hosting debate illustrates, the stakes on their journey will be greater than ever before.

Excerpted, with permission, from Dreams of a Billion: India and the Olympic Games by Boria Majumdar and Nalin Mehta, published by Harper Sport, an imprint of HarperCollins Publishers