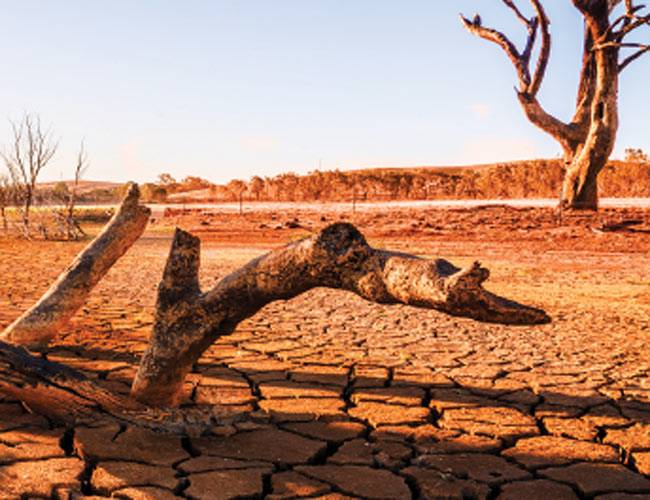 THE CURRENT "deficit monsoon", is perhaps one of the harshest India has faced in decades. Due to an early onset summer-blame climate change and El Niño-and years of bad monsoon, India's water reserves are abysmally low. It is estimated that 91 major reservoirs in the country are at 19 per cent of their capacity. And, only a little over 10 per cent of the annually available monsoon flows can be stored. Also, more than 60 per cent of irrigated land and 85 per cent of drinking water supplies are dependent on groundwater that is fast dwindling.

In a country where 68 per cent of the net sown area is rainfed, and drought-prone districts account for 42 per cent of the cultivable lands, the water crisis spells greater trouble. Among the worst hit are 13 states including Maharashtra, Rajasthan, Madhya Pradesh and Telangana. Initial estimates show 33 crore people in 2,55,000 villages have been affected and many rendered homeless; 20 lakh have migrated from Telangana alone.

Though water management is a State subject, and the Centre can only offer resources and advice, it has a role in bringing about synergy. The Interlinking of Rivers project, proposed decades ago, which seeks to enable inter-basin water transfer from surplus to deficit regions, is one such.  According to ShashiShekhar, secretary, Ministry of Water Resources, the long-term answers lie in restoring groundwater through rainwater harvesting, smarter ways of irrigation, containing physical leakages, using treated greywater for non-potable purposes, differential pricing of water based on quality, and propagating efficient water usage and conservation, among others. "Drought-proofing the country has to be people-centric. People must work together in a manner that their needs are taken care of by themselves," he says.

The Indian Railways is doing its bit by transporting water to the affected areas in some states, while the state governments are furiously drafting plans of action. But given the emergency, we need swift damage control and greater affirmative action.