True terror is to wake up one morning and discover that your high school class is running the country. 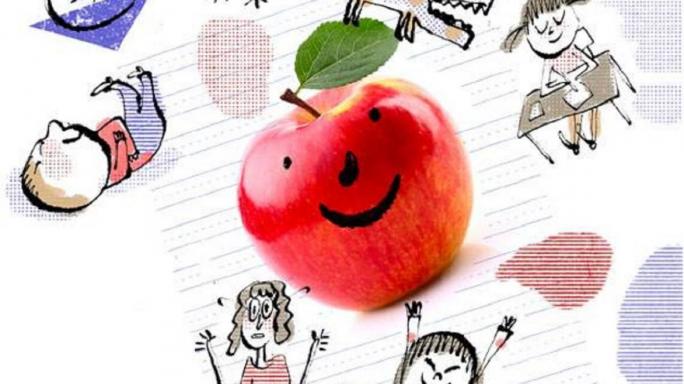 A lot of teachers can relate to Kurt Vonnegut's quote. From kindergarten to university, they've seen it all. So we recently asked members of this heroic profession, and students, to share stories about the hilarious, sweet, droll and occasionally clueless things they have encountered in class.

It was our final year of school and stress levels were high. Mr Adhikary, our maths teacher, understood this. He was silently sympathetic when our school's petty rules, like insisting we wear ties at the peak of summer in Kolkata, sent us over the edge. We, the students, spent our time coming up with ways to circumvent this silly rule. One day, Mr Adhikary walked in for his class after the lunch break, and what he saw next would've turned anyone's stomach: 50 boys, sweaty and smelly, sitting in class silently, all with their ties on-and their shirts off. But Mr Adhikary just laughed and told us our logical thinking would help us pass the maths exam.

I asked a student where his home-work was. He replied, "It's still in my pencil."

The boys in my class often used the teacher's desk to play table tennis during recess. After having seen many such matches through, it finally gave way and one of the table legs came off. Even more unfortunate was the fact that we had Sanskrit right after and our teacher was quite scary. So the boys placed the flat top on the remaining three legs and hoped she wouldn't notice.

They had terrible luck, though-as soon as she stepped in, she leaned against the table, and down she went with a loud thud. She screamed bloody murder and our entire class stood outside in punishment for the rest of the day.

Who Would Have Thunk?

I taught English at a college in Nainital for many years. I remember teaching tenses to a class of undergraduate General English students, and asking, "What is the past tense of sit?" "Sat," the class said in unison.

"What is the past tense of think?" Following a short pause, came a feeble, unsure "thank".

One morning, I was rushing to get to the class I taught, but had to make a stop at the library first. I was so late I barely had time to wear my slippers before running out of the house. At the library, I noticed the librarian eye me strangely. After a moment, she asked, "Is everything okay?""Yes. Of course," I said. "Why?""Er, then why are you wearing that?" she asked, pointing down.I looked down and realized I was wearing a colourful Kolhapuri chappal on one foot and my husband's heavy black slipper on the other. No wonder my feet felt so uncomfortable!

Performing Mozart should have been the highlight of my middle school chorus class. But after a few uninspired attempts, an exasperated student raised her hand and said, "Mrs Willis, we want to sing music from our generation, not yours."

My dad was also my teacher and would call me a baboon's kid whenever I didn't get something right. Other kids in the class would laugh at me. They'd laugh harder when I'd retort, "But that would make you a baboon!" I'd usually end up getting thrown out. I guess it's harder when your parent is your teacher.

To my German-language students, I'm 'Frau Draper'. One girl gave me a pin she'd made with my name on it. Unfortunately, it wasn't big enough to include my entire name, which meant that she presented me with a badge that read FRAUD.

P. Kar was a lugubrious maths teacher whose lazy walk into the classroom always ended at the teacher's desk. His routine was to open the rickety drawer and take out a piece of chalk and the dusting cloth. One day a whippersnapper decided to place a frog inside the desk to draw some sort of emotion from Kar saar (Bengali for 'sir'). As always, Kar saar's walk ended at the table, and all of us were very quiet as he reached inside the desk, expecting mayhem. The drawer opened and a large green frog looked at him with unblinking marble-like eyes.

P. Kar exhibited excitement much like a ruffled Jeeves, his eyes opening a fraction larger, and said in a matter-of-fact voice, "Eki ... beng." Only mildly mispronouncing the Bengali word for 'frog', and exhibiting no flurry, he picked it up and threw it out of the room gently. He then started teaching as though nothing had happened.

A junior in my English class gave a big thumbs-down to the autobiography he'd read. His reason: "The author talks about only himself."

The maths teacher in our school in Udaipur would often hit us with the fat copies of R. D. Sharma's textbooks, whenever he was having a bad day, it seemed. It didn't help that he was four-feet-nothing. Obviously, no one sat on the front and side benches. It was quite entertaining to watch him get angry and not be able to reach us, and get angrier still. To annoy him further, the tallest girl would put the duster out of his reach. School kids can be mean!

One day while teaching playschool kids, I asked, "Who gives us eggs?"One them piped, "Mom!" Thinking she did not understand the question, I rephrased it, "From where do we get eggs?" The same girl answered again: "From the fridge!"

As I welcomed my first-grade students into the classroom, one little girl noticed my polka-dot blouse and paid me the ultimate first-grade compliment: "Oh, you look so beautiful-just like a clown."

Our assistant principal called in one of my underperforming Intro-to-Spanish pupils to ask why he was having trouble with the subject.

"I don't know. I just don't understand Ms Behr," the boy said. "It's like she's speaking another language."

I was an English teacher and had become a bit notorious for forgetting which classroom to go to. I went to Class IX A as soon as the bell rang, but found the door closed. I could see the students at the back through the windows but not the teacher's desk. I saw a girl stand up and answer something. I waited for the teacher to come out, but when the class continued, I thought I'd gone to the wrong room.

I returned to the staffroom to check the timetable, and I was right-I did have that class. So I went back. The door was still closed, the students listening on attentively. I thought the teacher hadn't heard the bell, so I knocked and went in-to a chorus of "April Fool"! It was 1 April, and there was no teacher. Knowing I was absent-minded, the children played a prank on me!

"I got called the g word," sobbed a third-grade girl. "OK. Let's calm down," I said, kneeling beside her. "Now, exactly what were you called?" Between sobs she blurted, "G … g … jerk!"

After a co-worker had finished his English lecture and his class had filed out, a 10th grader stayed behind to confront him.

"I don't appreciate being singled out," he told his teacher. The teacher was confused. "What do you mean?"

The lone male professor in our women's college didn't know how to deal with young, petulant college girls. He would give us marks just to get rid of us. Many of us passed even without taking these internal tests.

When we were in college in Mumbai, cricket fever was at its peak. The boys had strict instructions not to follow the scores on transistors hidden in books. Well, on the day of a big match, our English teacher Luku Sanyal, the pioneering voice of AIR and Doordarshan, decided to walk around the aisle between rows of benches. Suddenly, she spotted a student holding a book close to his ear. The giveaway was the transistor aerial peeping out of the book. She went over to his seat and pulled at the aerial … and all she got was the aerial. The guy was faking it. Our dear Luku ma'am, instead of getting angry, guffawed!

These Students Have All The Answers

Scene: Science class. Question: Why would we not see meteors if Earth had no atmosphere? Answer: Because we'd all be dead.

Scene: Second-grade class. Question: How can we show respect to others? Answer: If you have a piece of meat, you shouldn't give it to anyone else if you've already licked it.

Scene: Social studies class. Question: What does 'right to privacy' mean? Answer: It's the right to be alone in the bathroom.

Do You Like This Story?
38
4
Other Stories
Please enter valid text
Must Reads
Latest Issue