War of the Roses

When a new side to a partner is revealed after marriage, it results in the clash of the templates 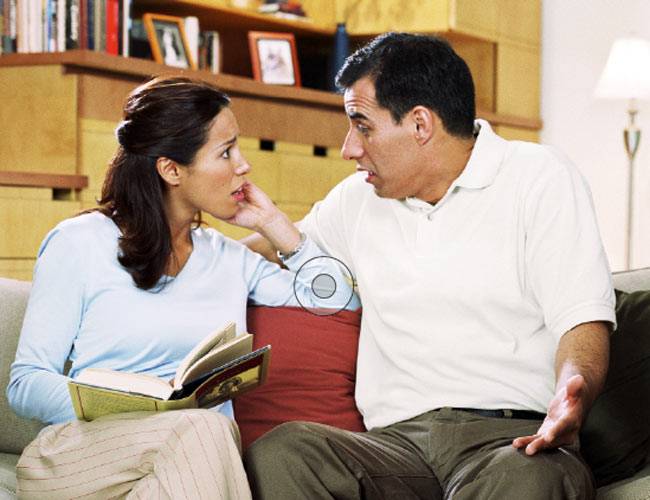 IT COULD HAPPEN AS EARLY as a few days into the marriage or more commonly, a few months after the wedding. Each partner starts feeling that the person they married is not the person they're currently living with. And each feels defrauded by the other for pretending to be someone other than who they really are. She feels, "Now that we're married, he's affectionate only when he wants physical intimacy." He thinks, "All she wants to do is to control me and my activities." And both think, "It's only after marriage that a person's true colours reveal themselves".

Sadly, both partners, depending on their personalities, either withdraw from each other, or fight hard. This phenomenon happens regardless of whether the partners chose each other or had an arranged marriage. In truth, neither partner has changed. They're just going through an inevitable phase in any marriage-the clash of the templates. Permit me to explain.we all know how to be a boyfriend or a girlfriend. There seems to be a whole media industry educating us on this, and we avidly absorb all of this, consciously and mindfully. Also we hone our understanding from each relationship we engage in. In other words, the template for our romantic relationships are consciously developed when we are teenagers or young adults, through the active acquisition of knowledge and refined by personal experience and discussion with friends.

Even those who are going through a period of 'arranged courtship' do develop a fiancé-fiancée template of sorts. They receive their template education from family members and friends who've been there, done that. Couples are constantly reminded by people around them that whatever rough edges exist will all be smoothened out once the wedding takes place and that the seemingly inexplicable behaviour on the part of the partner-to-be is only on account of premarital jitters and other such reassuring homilies. So they put their concerns in little boxes and pack them somewhere in the recesses of their trousseaus.

Then the wedding happens! The templates they've developed don't work any more. And each partner feels short-changed by the other.

What spouses do not understand is that the girlfriend-boyfriend or the fiancé-fiancée template has been subverted by what I call The Primary Marriage Template, which we are usually unconscious of, and which we have imbibed and had imbued in us through our childhood and young adulthood. We have acquired this template by being intimately exposed to the marriage of our parents or that of whoever we have been close to and identified strongly with. And when we get married, our unconscious primary marriage templates kick in (each partner has their own) and our expectations of each other change, sometimes subtly, but oftentimes dramatically. And each partner becomes unpredic-table to the other.

It is this unpredictability that causes so much misunderstanding and results in so many issues between the partners during the first year or two of the marriage. And, we live in a country, where families, admittedly with the best of intentions, believe that they have a stake in and a role to play in the marriages of their children. So issues, even those of a highly personal nature, are effortlessly escalated to elders. Family panchayats often take over and a Me and My Family vs You and Your Family conflict ensues.

The easier thing to do would be for both partners to recognize that their templates are clashing and sit down together to consciously and rationally define a Final Marriage Template that works for and is owned by both of them. If only someone had told them earlier that there was an easier way!

Dr Vijay Nagaswami is a Chennai-based psychiatrist and couple therapist. He has authored five books on relationships, including his most recent, To D or Not to D?