#GoodNews: A Green Initiative For An Old Ritual, People With Golden Hearts And A Tap Fixer

A green protocol to stop plastic pollution, an NGO distributing raincoats and gumboots to ragpickers, an extraordinary gesture of humanitarian aid and a unique tap fixer make it to the good news this month Karkidaka Vavu is an annual ritual in Kerala, where Hindus perform rites to their forefathers by making an offering (bali). Celebrated on the riverbanks and beaches of the state, this holy day, every year, witnesses collateral damage—plastic and polythene bags, thermocol-based materials and other non-biodegradable items. But this year it was different: The Thiruvananthapuram district administration had declared the observance of ‘green protocol’. Turns out, it was an excellent idea. “The plastic ban was completely successful in all the five major venues in the district. Almost five lakh people participated in the ritual and only 10 kgs of plastic waste was generated,” says K. Gopalakrishnan, district collector, Thiruvananthapuram, who closely monitored the implementation of the protocol. Here’s to many more such environment-friendly initiatives.

A Friend of the Needy

As lakhs of ragpickers and garbage cleaners keep our cities clean, they face extreme prejudice and disdain. They also work without any protective gear, are vulnerable to diseases, and often the worst affected when the weather turns bad. Sanjana Runwal, a Mumbai-based class X student, decided to change this through the Clean Up Foundation, an NGO that her elder brother founded in 2017. Just before the onset of the monsoons, Sanjana distributed raincoats and gumboots to nearly 200 ragpickers and garbage cleaners in Bandra. Born into an affluent family, Runwal dreams of becoming a lawyer and continue helping the less privileged.

A group of ambulance drivers in Allahabad showed extraordinary kindness in the middle of a workday in July. Anita, a 16-year-old, lost both her legs after she was run over by a train while grazing her goats. The surgery was done free of cost, but Anita’s family could not afford the post-operative care. Moved by their plight, Santosh, the ambulance driver, who brought Anita to the hospital, and his colleagues, not only donated blood for the surgery but also collected ₹50,000 for her subsequent care. 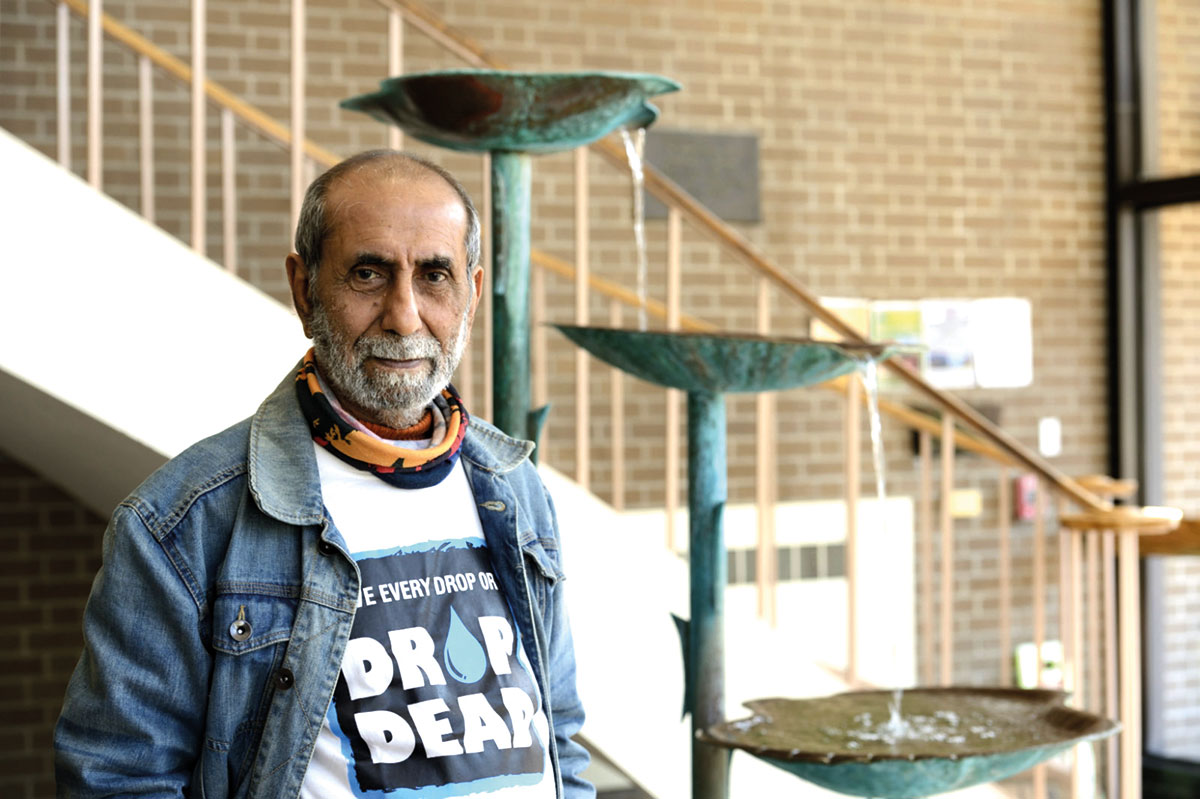 It’s raining heavily in Mumbai, but Aabid Surti, 83, is ready to step out to fix leaking taps. “What to do? This is what I am used to doing on weekends for more than 12 years now,” he tells RD. Surti, founder of the NGO Drop Dead, has been on a mission since 2007 to fix leaking taps in the city for free. In all these years, he has helped save an estimated 12 million litres of water through his work. Surti is often found knocking on peoples’ doors to check if there are leaking taps in their homes. If the answer is ‘yes’, the NGO’s plumber fixes it promptly. Surti is an author, cartoonist and a painter, but he says that fixing leaking taps gives him a “lot of satisfaction.” Indeed, every drop counts.