Saving the life of a fellow mountaineer

Just 500 metres from the summit of Everest, British climber Leslie Binns was only hours away from scaling the world's highest peak. But he turned back to save the life of a fellow mountaineer. 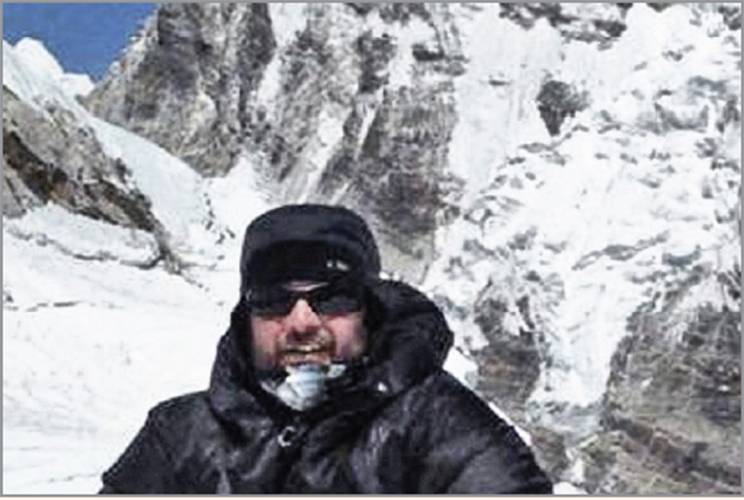 In the right direction

In a welcome move, the Union Cabinet has passed a revised draft of the HIV and AIDS (Prevention and Control) Bill, 2014, foregrounding rights for AIDS patients. The bill will provide a solid legislative frame-work to the 21 lakh HIV-affected citizens of India, making discrimination against HIV/AIDS patients a punishable offence with a jail term of up to two years and a fine of up to `1 lakh. The proposed law will take into its ambit discrimination at work, educational institutions, insurance and so on.

The bill provides for an ombudsman to deal with cases of the insurer refusing health insurance cover. It also instructs the Central and State governments to provide treatment "as far as possible". Keeping in view the stigma that is generally associated with AIDS, it recognizes the patient's right to keep their health status private, mandating institutions to keep such information confidential.

Though progressive legislation is critical for providing dignity to those living with AIDS, it is imperative to change societal attitude towards the disease and those affected by it. Hopefully, the bill's empowering potential won't just remain on paper.

Age is just a number

Those who peg youth as an essential driver of change should meet Gangubai Nivrutti Bhambure. This 94-year-old was elected as the sarpanch of Bhamburwadi village in Pune district in September, and serves as an example for all. At an age where most people see change as an incon-venience, she is raring to go. "Now it's time to work. I have to do something for my people, otherwise it's no use becoming a sarpanch just for the sake of it," Gangubai told The Indian Express. With the distinction of being one of the oldest people to become a sarpanch, she believes that she is fighting fit for the job.

The first of her priorities is to address water scarcity, as this has affected the livelihoods of farmers in her constituency. Other issues she wants to address include a proper drainage system, better roads in the village and availability of toilets.

The recent National Crime Records Bureau data indicated that Uttar Pradesh was one of the most unsafe states for women-it recorded 35,527 cases of crime against them. To curb this, the UP Police launched the Power Angels initiative in April this year, recruiting school and college girls as special police officers (SPOs). Their job is to assist the police by keeping an eye out for criminal activities. "Through them, it will be easier to approach women in villages to curb unlawful activities," Navniet Sekera, inspector general, Women Power Line, told The Times of India.

These 'power angels' are issued identity cards and will serve for a fixed tenure of up to five years. So far, the UP Police has received around 1,20,000 applications and 83,000 girls have been enrolled as SPOs. Police records reveal that as many as 1,172 child marriages have been stopped by these angels. More power to them!

Just 500 metres from the summit of Everest, British climber Leslie Binns was only hours away from scaling the world's highest peak. But he turned back to save the life of a fellow mountaineer.

When the twice-decorated ex-serviceman came upon climber Sunita Hazra, from West Bengal, who had run out of oxygen and was unable to descend on her own, he decided he had to help.

"I told my Sherpa we were not going up and that we would give Sunita my spare oxygen bottle and take her down," says Binns, 42, who lost sight in one eye while serving in Afghanistan. After an arduous and dangerous descent, he managed to get her back to his camp.

"He's the reason why she is still alive now," said Hazra's brother, Kingshuk Chatterjee. "He is a very brave man." Binns says simply, "I am immensely proud that I helped Sunita."