Bhageerathi Amma, a centenarian, is living her dream of being educated, and setting new goals for adult literacy 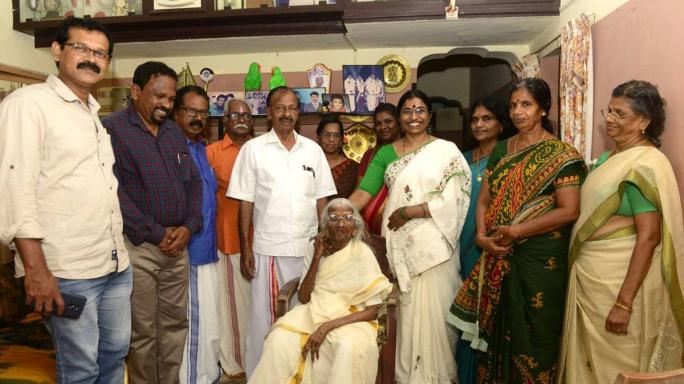 Bhageerathi Amma from Kerala’s Kollam was compelled to drop out of school in class three after her mother passed away. Taking care of her younger siblings, she could never see the inside of a classroom. Becoming a widow at a rather young age, she battled on, bringing up six children and educating them and seeing them settled.

Education was beyond her ken. But Bhageerathi got the chance to test her basic education skills at the age of 105 and write the Level 4 equivalency exam in November 2019. Bhageerathi, despite her age, had no problems in taking the exam, even as curious onlookers kept a close eye on her.

The wait for her results to be announced came to an end recently. A thrilled Bhageerathi and her family, consisting of six children and 16 grandchildren, and friend, cheered merrily when they learnt that she has scored 205 out of a total of 275 marks -- a 74.5 per cent! What’s more, she got a full 75 on 75 in mathematics. Bhageerathi also scored decent marks in English and Malayalam too.

Bhageerathi resumed her studies under the Kerala State Literacy Mission. Now she has set her sights even higher: She wants to take the Level 10 equivalency exams next. We salute her incredible spirit!

Do You Like This Story?
4
1
Other Stories
1
Please enter valid text
Must Reads
Latest Issue