Here's How You Have Fun At Your Boring Job 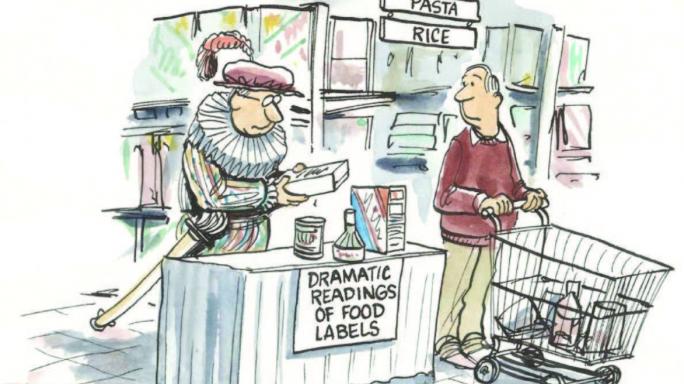 IN THE 1960s, my father often parked his car outside our apartment in Mumbai. One day, he discovered two hubcaps missing from the left side of the car. He tried to find exact replacements, but failed. A friend suggested an auto accessories shop in ‘Chor Bazaar’, so he decided to give it a shot. My father showed the right-side hubcaps to the shopkeeper and waited in the shop, while he checked the warehouse. Lo and behold! The man returned with two hubcaps, but charged a hefty price for them. Excited, my father went out to fit them, only to find the right-side caps missing!

I WAS WAITING for my dog’s turn at the vet one Sunday, when I spotted a couple with a pug. The worried lady asked the vet: “Doc, she won’t have her meds. I have tried putting her medicine in everything she eats, but nothing works. What should I do? Where can I put them?” The veterinarian coughed and said, “Put them directly in her mouth!”

AFTER SHIFTING to a new apartment, I needed to get my washing machine installed. I made an appointment with the company’s representative who promised to come and fix it.

He failed to turn up, so I called again and was assured that he would be there within the next two days. When he didn’t turn up even after a week, I was exasperated. I called him, yet again, and asked, “Do you need a band and a baaraat to come to my house and fix the washing machine?”

“Sir, you are absolutely right about the band and the baaraat,” he responded. “I am getting married next week and currently on leave!” Caught off guard, I was left murmuring wedding wishes to him.