Does Exercise Help You Learn Better?

A new Dutch experiment shows that working out a few hours after learning something new maximizes the brain boost. 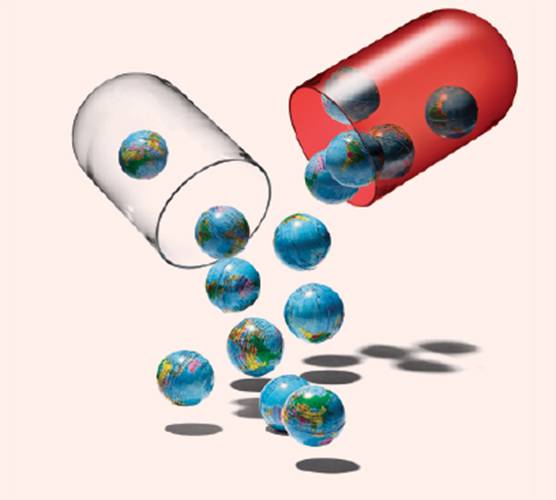 A new Dutch experiment shows that working out a few hours after learning something new maximizes the brain boost. Subjects who hopped onto a stationary bike four hours after a learning session retained more information than those who biked right away and those who didn't exercise at all. Physical activity helps the body produce catecholamines, natural compounds that may improve memory consolidation if released at the right time.

The US Food and Drug Administration recently banned 19 ingredients-like triclosan and triclocarban-in anti-bacterial soaps and hand washes. The FDA says that these ingredients have not been found to be more effective than plain soap and water, and may even cause bacterial resistance and hormonal effects. The ruling doesn't apply to hand sanitizers and hand wipes, or antibacterial products used in hospitals. The FDA says that washing your hands with plain soap and running water is your best bet against sickness and germs.

The US FDA has issued warning letters to 15 companies for selling unapproved products claiming to treat or cure diabetes. Watch for fraudulent medicines on websites and so on, particularly those sporting claims such as 'Replaces your diabetes medicine' or 'Natural diabetes cure'. These illegally marketed remedies may cause some patients to neglect legitimate ways of controlling diabetes, leading  to complications.

Nearly half of heart attacks are silent

Heart attacks don't always present with symptoms. An article in the American Heart Association's journal, Circulation, concluded that around 45 per cent of them go unnoticed initially. The damage is discovered only later, when patients undergo an MRI or an electrocardiogram during a check-up or after showing general signs of poor heart health. 'Silent' attacks triple the risk of eventually dying from heart disease, so once they're detected, they should be treated aggressively with blood pressure control and lifestyle changes.

The limits of caffeine

When 48 subjects limited their sleep to five hours a night for five nights, a safe amount of caffeine (200 mg, roughly equivalent to two cups of brewed coffee, five colas or one energy drink) improved alertness on the first two days. However, it made no difference compared with a placebo on the remaining three. Rather than relying on caffeine to compensate for lost shut-eye, repaying your sleep debt is the best way to restore health and function.

A slower passage of food through the large intestine seems to increase the amount of harmful metabolites produced along the way, according to research from the Technical University of Denmark. This may raise the risk of problems such as colorectal cancer and chronic renal disease. Signs that your food's transit time could be sluggish include infrequent bowel movements and abdominal pain. Eating a fibre-rich diet, drinking lots of water and exercising are ways of speeding it up.

A Norwegian survey suggests that close relatives of severely depressed patients may succumb to depression themselves. This may be because they're struggling with powerlessness and the fear that their loved ones may die by suicide. People suffering from depression are often reluctant to let relatives get involved, but when they are involved, everyone benefits.

People with conditions requiring a regular pill routine sometimes experience adverse effects when they first try using a pill organizer, found a study from the University of East -Anglia in England. The probable cause: If they had been forgetting to take their pills before using the organizer, they may not have been getting expected health results, so their doctors increased the amount prescribed. Once they consume their meds properly, they may end up with too much medicine in their systems, leading to incidents such as falls or low blood sugar.