It's never too late for cholesterol control

Are you 75 years or older? A recent study finds, it's still not too late to control cholesterol and blood pressure. 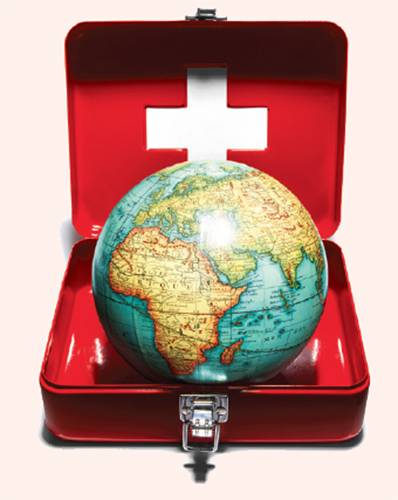 A crisis, understood as an emotionally volatile period that has lasted at least a year and can overwhelm one's capacity to cope, can happen at any stage of life. While trying times cause uncertainty and distress, they can also bring insight and creativity: A recent study of more than 900 subjects, funded by scientific-publishing company Springer Nature, found that those enduring crises are generally more curious about the world. Armed with this knowledge, said one of the researchers, people may find these episodes easier to bear.

Among people who haven't been vaccinated against pneumonia, those with coeliac disease have a 28 per cent higher risk of coming down with the lung infection, according to an Italian-British study of 9,803 coeliac patients and 1,01,755 controls. This might be because the spleen, which helps filter blood and fight off certain viruses and bacteria, does not always function well in coeliac sufferers.

Never Too Old for Blood-Pressure and Cholesterol Control

Some doctors assume that patients over 75 do not have enough years left to benefit from heart-attack and stroke prevention. However, a recent review published in the Canadian Journal of Cardiology noted that, compared to younger adults, this age group may experience a more dramatic decline in the risk of death from cardio-vascular disease with interventions, such as lipid-lowering medication or lifestyle changes.

Men with high-fat diets were more likely to suffer from day-time fatigue and poor night-time slumber than men with low-fat diets, according to an Australian study. The scientists speculated that fat intake affects hormones, metabolism and the central nervous system, all of which interact with the circadian clock that regulates shut-eye. In turn, the lead author noted, sleeping poorly makes people crave rich, fatty foods, thus creating a vicious cycle.

Many Parkinson's Sufferers Hide Their Illness

In a survey of more than 1,800 Parkinson's disease patients in Britain, nearly two-fifths of the respondents said they'd felt the need to lie about their condition. Among their cited reasons were embarrassment and fear of being judged. Parkinson's UK, the charity that commissioned the survey, emphasized that support groups and organizations can help sufferers come to terms with their disorder.

One Step Closer to a Cancer Vaccine

Researchers from the Johannes Gutenberg University, Germany have a taken a positive step towards creating a cancer vaccine. It has been developed by extracting pieces of genetic RNA code from cancer cells and embedding them in nano-particles. The vaccine enables the patients immune system to identify the cancer cells and attack them. Early human trials were started with three subjects, owing to a positive response in mice. The patients had been diagnosed with advanced melanoma and the trials demonstrated that the vaccine could be tolerated. It is early days yet-much larger clinical trials are needed to establish safety and if it can be employed to treat other types of cancer. However, for now, there seems to be a ray of hope.