Muscle Up Your Immunity

The link between immunity and longevity is getting stronger. Here are some expert-recommended secrets that will keep you strong and healthy 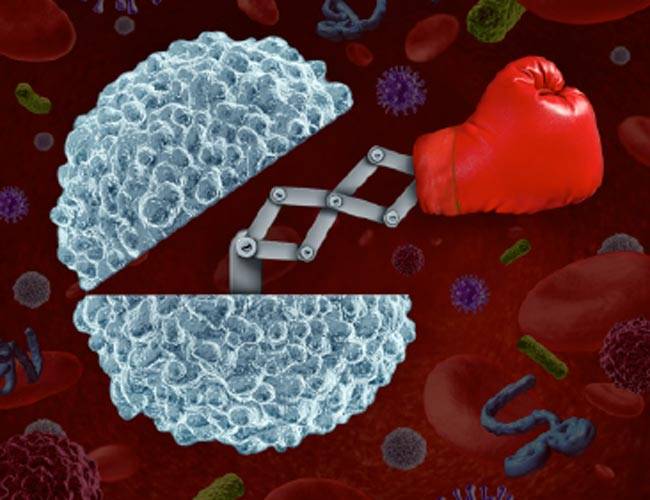 For most of us, a strong immune system implies fewer sick leaves and being able to avoid seasonal colds, stomach bugs or just about any infection. But research shows that a ramped up immune system goes much further: it helps us age better and live longer.

Each of us age differently, some fast, others like a giant tortoise. According to Dr Mark Liponis, author, Ultra-Longevity: The Seven-Step Program for a Younger, Healthier You, the symptoms of ageing (retarded function of the skin, bones, heart, nerves, lungs, kidneys and all other organs) are 'caused by an immune system that is far more active than it should be'.

When your immune system is at its peak capacity 'it turns on and off at precise times to eradicate pathogens, while not causing chronic inflammation that can lead to cardiovascular disease and diabetes', says Dr Richard Stanton, senior lecturer in microbiology, Cardiff University School of Medi-cine, in his research paper Immune Boosting Strategy for Longevity. Stanton goes on to say, 'Serious infections, cancers and inflammatory diseases are amongst the leading causes of premature death in older adults.

These disorders all arise from a common cause: the ageing of the immune system also known as immune senescence.'Why? Because immune senescence affects both our innate immunity at birth, the first line of defence, as well as our adaptive immunity, which we develop over time as our body is exposed to and builds a memory of the kind of bugs it has encountered.

'Because of deficits in the first, older adults find it difficult to fend off new, unseen threats such as an emerging virus or developing cancer cells. Seniors may experience a recurrence of infections their bodies have encountered previously and respond poorly to vaccines,'explains Dr Sandeep Budhiraja, director of internal medicine, Max Healthcare, Delhi. Budhiraja adds that immune senescence is not dependent on our biological age.'Your lifestyle plays a crucial role in the proper functioning of your immune system.'

These nine pointers will help you change your lifestyle and strengthen your immunity.

Chronic stress, such as prolonged job insecurity or a difficult marriage, takes a toll on many aspects of your health, including immunity. There's compelling evidence that this kind of stress (as opposed to the intermittent bad day at work), causes a measurable decline in the immune system's ability to fight infections.

Periods of extreme stress can result in a lower natural killer cell count, sluggish killer T-cells and diminished macrophage activity that can amplify the immune response.

In fact, a 2013 study by Harvard researchers showed that people who had lost their partners had an increased chance of dying in the first  three months after their spouse passed away.

Smoking speeds up ageing. Noticed the tell-tale dry, wrinkled skin of smokers? Smoking also takes up the risk of heart disease by clogging arteries, causes respiratory disorders as well as cancer. It also over stimulates the immune system, marked by elevated CRP levels (C-reactive protein, a protein in our blood that rises in response to inflammation) and higher levels of white blood cells, according to a study in the American Heart Journal.

A newer study indicates smoking intensity is associated only with increased WBC count, not CRP levels. However, it's best you quit now. Avoid second-hand smoke as much as you can-stay away from friends who smoke. Avoid public spaces and enclosed places where smoking is permitted. The effects of smoking begin to reverse almost as soon as you kick the butt, say experts.

The more physically fit and active you are, the less likely you are to fall ill. When researchers compared sedentary people with those who walked briskly almost every day, they found that the inactive group took twice as many sick leaves in four months. "Exercise helps flush out toxins, increases the circulation of the body's immune system cells and prevents pathogens from growing due to the associated temperature rise," says Pune-based Reebok master trainer NishaVarma. A report in the American Journal of Cardiology showed that exercise also lowered CRP. Another article in the Journal of the American Medical Association showed that overweight people were almost eight to 10 times more likely to have a hyperactive immune system-with high levels of CRP than those with a of healthy weight. Need more reasons to lace up?

Studies have linked impaired breathing to immune activation. Why? Because when you don't breathe deeply, your system senses a threat and signals its forces to gear up for battle. In fact, a University of Buffalo health study, which involved following up on participants for 29 years, showed that pulmonary function and breathing capacity were excellent predictors of longevity.

Keep moving! Aim for at least 30 minutes each day, says Varma. If you are overweight, work with a fitness expert and dietician to shed the kilos. Try yoga and pranayama that focus on deep breathing, adds Varma.

Watch What You Eat

A nutritionally balanced diet is key for a strong immunity. Eat out too often and chances are that you are not getting all the nutrients you need. Eat fresh, home-cooked food. 'Pay particular attention to protein (a recent study found 80 per cent Indians are protein deficient),' says Chennai-based nutritionist Dharini Krishnan. You need 0.8-1 gram of protein per kilogram of body weight. Pack in lean protein in the form of lentils, chicken, eggs and low-fat dairy. Fill your plate with fruits and vegetables, especially purple, blue, green, red, orange and yellow veggies that are rich in anti-oxidants. Opt for organic foods as far as possible to lower your exposure to harmful toxins.

'The misuse of antibiotics can weaken your immune system,' says Dr Prasad RaoVoleti, director, department of internal medicine and geriatrics, Medanta-The Medicity, Gurgaon. Researchers found that certain patients taking antibiotics had reduced levels of cytokines, the hormone messengers of the immune system. When your immune system is suppressed, you are more likely to develop bacterial resistance or become sick in the future. 'Anti-biotics also destroy healthy bacteria in the gut, which weakens your defences,' adds Dr Ajay Kumar, head, department of gastroenterology, at Fortis Escorts Heart Institute, New Delhi.  Take antibiotics only for bacterial infections and only when prescribed. Remember to complete the course.

Look at the Bright Side

You may eat healthy, sleep eight hours and exercise daily, but researchers have discovered a much simpler way to boost immunity, and it's as easy as watching a sunrise. A study in Emotion, a journal published by the American Psychological Association found that positive emotions-especially awe, the feeling you get seeing the wonders of nature, art and spirituality-are linked to markers of good health. Other positive emotions like pride, joy and contentment also help boost immunity, the study found.

Explore the great outdoors. Look for reasons to feel lucky every day. Make time for a favourite activity, or simply help another person-it will bring a smile to your face. Oh, and don't forget sex. Loving and feeling loved revs immunity. Now that's the kind of Rx that sounds easy!

Grabbing a quick sandwich at your desk? Try socializing with the lunch crowd in the cafeteria instead. Psychologist Dr Sheldon Cohen, who monitored 276 people between the ages of 18 and 55, found that those who had six or more connections were four times better at fighting off the viruses that cause colds than those with fewer friends.

Don't let a jam-packed workday or hectic schedule get in the way of your friendships. Stop by a co-worker's office for a quick catch-up and call a different friend each day during your daily commute!

Chronic exposure to pollution, specifically fine particulate matter (PM), can cause inflammation. Besides putting you at a higher risk for asthma and other respiratory diseases, breathing polluted air over a long time can damage your immune system. Research shows that two classes of common pollutants, aromatic hydrocarbons and phthalates, are particularly disruptive to immune B-cells. Hydrocarbons are produced every time something organic is burnt (car fuel, power plants); while phthalates are leached from hundreds of products containing plasticizers (plastic bags, cosmetics), and both of these are ubiquitous in our environment.

The obvious solution is moving to an area that is less polluted. But that may not be an option. Plan outdoor activities early in the morning or late evening as air pollution is highest during rush hours. Use the recycled air option on your air conditioner to cut down fumes while driving, and cover your nose and mouth with a handkerchief while outdoors.

Scrimping on sleep has a seriously detrimental effect on immunity. 'Our body needs seven to eight hours of sleep daily to function at an optimal level,' says Voleti.'Sleep deprivation can suppress the immune system, leaving you more prone to infections.' During sleep, the immune system releases proteins called cytokines, some of which promote sleep while others are required to fight an infection or inflammation. Sleep deprivation reduces the production of these, other infection-fighting cells and antibodies.

Most adults need uninterrupted sleep every night (getting seven or eight hours is recommended), but how you feel in the morning and throughout the day may be a better gauge. If you're tired when you wake up in the morning, you're not clocking enough hours or compromising on the quality of sleep. For those of you who work night shifts, make sure you are getting enough sleep during the day.

Yoghurt: Rich in good bacteria, it helps to balance the gut flora. Combine it with prebiotics like flaxseeds, legumes and garlic to get best benefits.

Mushrooms: A super source of zinc, crucial for maintaining the number of immune fighters, T-cells.

Nuts and seeds: A great source of omega-3s and selenium; both tackle immune hyperactivity.

Do You Like This Story?
26
0
Other Stories
Please enter valid text
Must Reads
Latest Issue