How The Coronavirus Disease Got A New Name 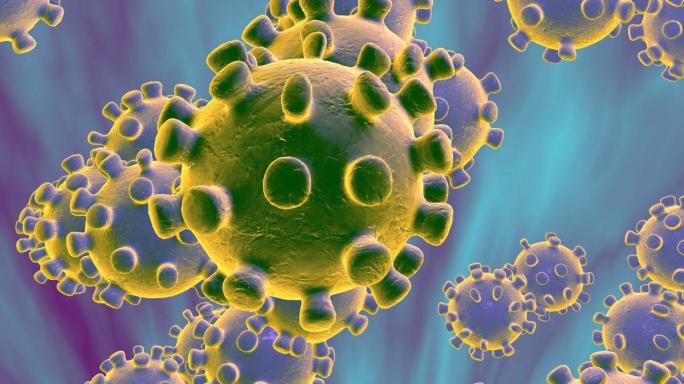 In an attempt to streamline efforts to arrest its outbreak, the World Health Organization (WHO) has re-christened this disease: COVID-19 on 11 February. The acronym stands for coronavirus disease 2019. In a pre-print released by the Coronavirus Study Group of the International Committee on Taxonomy of Viruses, the virus though is now Severe Acute Respiratory Syndrome Coronavirus 2, or SARS-CoV-2.

Despite its relatively short existence as a pathogen, the novel coronavirus or 2019-nCoV outbreak has been pegged as a ‘global health emergency’. Though there has been a decline in its rate of infections, the virus has claimed over 1,100 lives since its first detection in Wuhan, China.

Let’s step back a little before we come to the story of why and how the novel coronavirus was re-christened, and the sensitive nature of disease nomenclature. Deriving its own name from a Latin word meaning ‘slimy liquid’ or ‘poison’, viruses occupy a unique taxonomic position in the classification of living things. Highly infectious, these living agents need to parasite a host to reproduce or carry on their metabolic processes. The earliest indications of the biological nature of viruses came from studies in 1892 by the Russian scientist Dmitry I. Ivanovsky and in 1898 by the Dutch scientist Martinus W. Beijerinck.

Disease nomenclature—whether these conditions are caused by viruses, or not—is serious stuff: what a disease is called often mark out patients, and could lead to the perpetuation of hard-to-wash-off stigmas and dangerous prejudices. When AIDS was first detected and before taxonomists got to officially name it, it was called Gay-Related Immune Deficiency, or GRID, which led to the spreading of the slur ‘the Gay plague’. This not only fed into widespread homophobia of the times and its attendant evils of treating gay men as carriers of the disease, but also made it hard to disseminate correct medical information about the condition. The medical fact that intravenous drug users and people who received blood transfusions were also vulnerable to the disease, was minimized by the stigma its nomenclature incurred on the condition. In fact, discovering and naming both the virus and disease, its current names, Acquired Immunodeficiency Syndrome or AIDs, and Human Immunodeficiency Virus or HIV was a decades-long struggle for the virology community.

The missteps with naming viruses did not stop with the coming of the new Millennium. The nomenclature Severe Acute Respiratory Syndrome or SARS outbreak in 2003 (incidentally SARS belongs to the same family of viruses as the COVID-19) was deeply resented by Hong Kong residents, who saw the acronym as a specific reference to their city⁠—a Special Administrative Region of China. Similar cultural gaffes were committed when Dutch researchers named a coronavirus HCoV-KSA1—Coronavirus, Kingdom of Saudi Arabia. Its official name, Middle Eastern Respiratory Syndrome was no better, it sounded accusatory as if the blame lay squarely on the entire Middle-Eastern region.

After much trial and error, in 2015, the WHO finally issued a policy statement regarding the naming of emerging infectious diseases. A part of this initiative by the global health body was to enable the scientific community to produce names before the public came up with them. The rules were simple: names were to be generic, based on symptoms or severity of the disease and were to strictly steer clear of names of regions (Zika virus), animals (swine flu) or people (Creutzfeld-Jakob disease).

The brand new name COVID-19 is a result of this political sensitivity and the evolution of disease nomenclature. “We had to find a name that did not refer to a geographical location, an animal, an individual or group of people, and which is also pronounceable and related to the disease,” said WHO director-general Tedros Adhanom Ghebreyesus at a press conference on Tuesday. “It also gives us a standard format to use for any future coronavirus outbreaks.”