It is estimated that over 100 million Indians will suffer from diabetes by 2030. Alarming as it may sound, experts emphasize that simple lifestyle measures can prevent diabetes. Here's the lowdown. 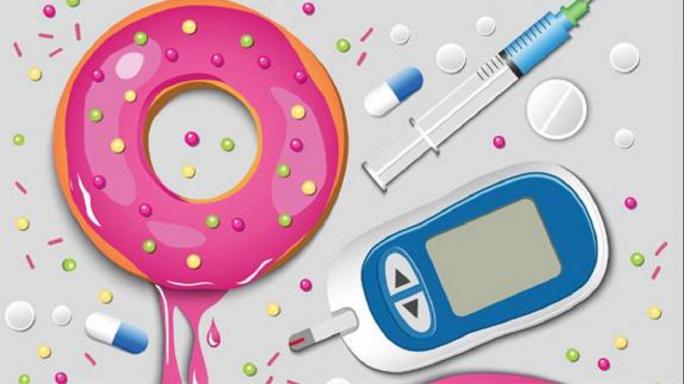 A SMALL BOIL ON HIS FOREARM 12 YEARS AGO transformed L. Srinivasa Gopal's life. The Chennai-based IT professional was advised a minor surgery, and pre-surgery tests revealed that he had high blood sugar. He was 37, overweight, had poor eating habits and a stressful job involving night shifts. Even with diabetic parents at home, he didn't think he was at risk.

He is not alone. According to latest estimates, a staggering 69 million Indians have diabetes and another 80 million prediabetes. What's more, awareness about the condition is dismal. According to the recent ICMR India Diabetes Study, about 58 per cent of the urban respondents were aware of the condition and about 56 per cent of the general population knew it was preventable.

Why is diabetes becoming an epidemic?

Indians are genetically more susceptible. We have the 'thrifty gene'-primed to store energy as abdominal fat. It helped cope with food shortage in the distant past, but now when food is plentiful, it increases diabetes risk. But experts agree that genes alone cannot explain why the numbers have shot up dramatically in the past 40 years. They hold our lifestyle-the tendency to remain sedentary and overeat, along with stress, which throws our hormones out of whack-and environment responsible.

It is the interplay of genes, lifestyle and environment that determine our diabetes risk. Experts say that healthy choices can outsmart our genes, and armed with information and taking charge of our health can help protect us from the imminent diabetes tsunami.

Insulin is a hormone that regulates our blood sugar levels. Diabetes is a chronic condition in which the body cannot make or use insulin properly. Over time, uncontrolled diabetes can turn lethal by causing serious damage to blood vessels (cardiovascular disease, stroke, retinopathy), nerves (neuropathy or numbness) and organs (kidney disease).

Srinivasa was lucky: He treated his early diagnosis as a wake-up call and has been vigilant ever since. Along with medication, he followed the lifestyle advice of the team at Dr V. Mohan's Diabetes Specialities Centre. Recognizing that night shifts adversely affected his health, he opted for a day shift. 'I was able to change my eating habits, got time to exercise and ensured better quality of sleep,' he says.

With a healthy diet and exercise, he shed seven kilos in a few months. With quarterly blood sugar and HbA1c tests and an annual health check-up, his latest reports are normal. At 79.5 kg, he is the lightest he has been in a long, long time. But the biggest pay- off has been his understanding of the condition and how to beat it.

Understanding diabetes has also helped Delhi-based Ekta Paneri Gupta who was diagnosed three years ago at age 30. While researching online, she realized that her untreated Polycystic Ovary Syndrome (PCOS) was a possible culprit.'I was diagnosed with PCOS about 10-12 years ago but the gynae didn't make a big deal of it. Also, I let my weight spiral out of control,' Ekta recalls.

Gupta's doctor suggested a three-pronged approach-medication, diet and exercise. She swapped three big meals for five smaller ones, gave up sugar, started cooking with minimal oil, switched to wholegrains, and ditched processed foods and saturated fats. She also took up running and yoga. In the past three years, she has dropped 20 kilos and her medicine dosage.'I was militant about the lifestyle changes to start with, but I have learnt that a steady approach works in the long term.'

Can diabetes be reversed or cured?

Recent studies show that weight-loss (bariatric) surgery can induce remission in diabetes patients. A 2013 study by Medanta-the Medicity, Gurgaon revealed that more than 90 per cent of obese patients were able to go off their diabetes medication following a surgery, even prior to significant weight loss.

Researchers from Newcastle, UK employed this principle and successfully used severe calorie restriction (600-700 calories over eight weeks) to reverse diabetes. Twelve out of the 30 patients remained diabetes-free six months later, despite resuming a normal diet. Though it remains unclear how long the 'cure' will last, doctors are hopeful. In the long term, experts believe weight loss may be the main factor responsible for better diabetes control and cure.

Of course, the best place to intervene is in the detectable process that precedes a diagnosis-predia-betes. This is a condition where blood glucose level is high, but not high enough to be in the diabetic zone. Studies indicate that without intervention, most people with prediabetes will get full-blown diabetes within 10 years. However, with changes in lifestyle, including modest weight loss (as little as 5-7 per cent of current weight), people with prediabetes can prevent or delay the development of the condition by 54 per cent three years later.

Portion control, eating high-fibre foods, wholegrains, adequate protein, swapping bad fats with good ones, choosing small and frequent meals and ditching refined foods are the principles that stave off rise in blood sugar levels. Along with calorie reduction, slow absorption of foods should be your goal.

According to a recent study, prolonged sitting can double the risk of diabetes-even in those who exercise regularly-due to enzyme changes in our muscles. So, get off your chair every hour-for two minutes, walk, stretch or do a few lunges. While aerobic exercise is excellent, strength training twice a week will build muscle which will help burn more glucose. You don't need to hit the gym-simple exercises such as squats, lunges and push-ups are effective.

Stress causes your blood sugar levels to skyrocket, giving you the energy to fight or flee. But with chronic stress, extra sugar is released conti-nuously without being used up by the body. Moreover, the stress hormone cortisol triggers cravings for high-fat, high-sugar comfort foods. A study from Duke University, USA found that stress management techniques can help you control blood sugar levels. Try relaxation techniques like deep breathing, meditation and mindfulness.

Sleep helps to stabilize blood sugar. Fewer than six hours a night is associated with a three-fold increased likelihood of elevated blood sugar levels (prediabetes), says a study published in Annals of Epidemiology. Inadequate sleep also contributes to weight gain: The Nurses' Health Study tracked 68,183 women for up to 16 years and found that those who got five hours of sleep or less, weighed about 1.14 kg more and were 15 per cent more likely to become obese. Poor sleep is also associated with hunger hormones that make you eat more. Get the recommended seven to eight hours every night.

According to a study involving men, published in Diabetes Care, smoking cigarettes was associated with a significant increase in diabetes risk, even after adjustment for age, body mass index (BMI) and other potential confounders such as physical activity. If you smoke, seek help to quit now.

It's wise to be cautious-especially if you are trying to lose weight. Recent NHS, UK guidelines recommend restricting consumption to 14 units per week, spreading it out over three or more days. (A bottle of red wine = 10 units; a pint of regular beer = 3 units.)

An expanding waistline is a strong predictor of insulin resistance and Type 2 diabetes. Abdominal fat (or visceral fat) is highly metabolic. It breaks down quickly, travels around the body, parking itself on various tissues including those of the pancreas-the insulin production house of the body. To cut risk, women should aim for a waistline below 80 cm (31 inches) and men 90 cm (35 inches). BMI-a rough calculation of body fat, based on your weight and height-is a fairly good indicator of diabetes risk too. The normal range is 18-23 kg/m2.

Beginning in your 30s, an annual  blood sugar test is an absolute must. If you are overweight or have a family history of diabetes, start earlier.

ARE YOU AT RISK?

Family history, abdominal obesity, excess weight, sedentary lifestyle, unhealthy eating habits (calorie-rich food, high in simple carbs and fat, and low in protein) and a history of gestational diabetes put you at risk. You can assess it with the simple Indian Diabetes Risk Score (IDRS) at cadiresearch.org.

See a doctor if you notice excessive thirst, frequent urination (especially at night), fatigue, and sores or cuts that won't heal. He will suggest blood tests for a diagnosis.

Metformin is the backbone of diabetes treatment. Sulphonylureas is equally popular. However, the past decade has seen the development of many new diabetes drugs. No doubt expensive, these drugs not only ensure weight loss, they also prevent weight gain and stop hypoglycaemia (sudden dip in blood sugar levels). They are also known to cause fewer gastrointestinal side effects. Diabetes being a chronic condition, over time you need to combine drugs to manage blood sugar better. Here's the latest in diabetes medication:' Incretin-based therapies: These novel drugs activate the incretin hormonal system in our gut, stimulating insulin production and inhibiting glucagon (anti-insulin) production from the pancreas in response to food in the stomach. They come in two forms:

GLP1Injectibles: These include twice-a-day injections (exenatide) and once-a-day liraglutide. The weekly injectibledulaglutide was introduced this year.

Oral DPP-4 inhibitors: This class of drugs is designated as gliptins (sitagliptin, vildagliptin). They have often been added to metformin.

SGLT-2 inhibitors: These oral tablets push out glucose through urine. These include canagliflozin, dapagliflozinand empagliflozin.

Do You Like This Story?
49
2
Other Stories
Please enter valid text
Must Reads
Latest Issue