Learning from the past and preparing for the worst 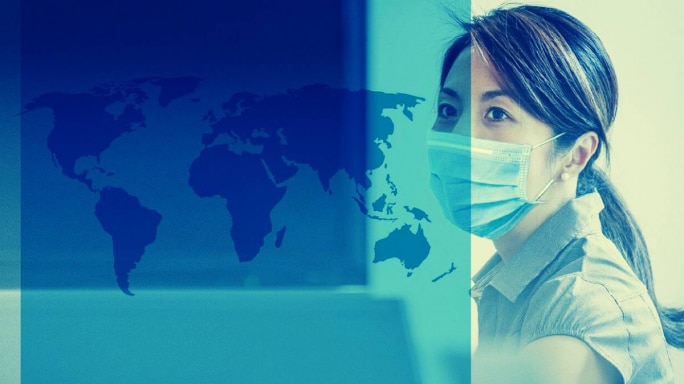 As the West grapples with the rapid and virulent spread of the coronavirus, south east Asian nations—Singapore, South Korea, Hong Kong and Taiwan—have shown how the crisis can be tackled efficiently.

Here we look at how some of these countries were able to get a handle on the pandemic.

South Korea at one point had the highest number of COVID-19 patients outside China. But thanks to its robust testing programmes, it was able to identify infected people, track those who were suspected of being carriers and isolate them. South Korea, according to some estimates, has tested around 300,000 people so far. The population of South Korea is around 50 million. India, on the other hand, has conducted only around 20,000 tests with a population 25 times that of South Korea.

Health professionals could be seen at junctions taking samples from the passengers of cars and other vehicles and the test results were shared within hours.

South Korea was caught off guard in the initial days of the spread of the disease, but it developed its diagnostic kits fast and deployed them for testing suspected cases. It also spread the message of precaution through various mediums and asked people to be disciplined. This is the reason why this country has been able to bring it under control with the number of new cases going down each day.

Taiwan was one of the first countries in the world to announce travel restrictions and screening of people whom it suspected of carrying the virus. Unlike China, Taiwan from the start, put out the figures of the coronavirus-affected and kept communicating with the people on the dangers of its spread. This helped in warning the people and about the precautions they should take.

What helped a country like Taiwan was also that it had learnt the lessons of the 2003 SARS epidemic when it was caught off guard. After scores died in the SARS epidemic, Taiwan set up Central Epidemic Command Center to tackle any future outbreaks. Taiwan also passed laws to limit rights of the people during an epidemic. The state can fine people violating quarantine rules and other such steps.

This city which hosts millions of tourists and is also home to a wide range of multinational companies took stern steps such as enforcing home quarantine and tracing people with COVID-19 symptoms. In fact, the authorities, very early on, decided to test all influenza-like cases as possible COVID-19 carriers. The state also traced all those who were suspected of being in contact with the infected, sometimes taking the help of the police.

The Prime Minister of Singapore, Lee Hsien Loong, came on TV, announced various economic measures because of the lockdown and also warned of penalties for those who would break rules. The message was unequivocal. ‘The state is in control. But act like responsible citizens’. And, the country complied. With the government announcing financial support for those who self-isolated themselves, people on the margins did not have to worry about the loss of temporary earnings. Singapore made tests free so that those who suspect themselves of the virus could get tested.

The World Health Organization (WHO) was so impressed with Singapore’s handling of the situation that it asked other countries to follow Singapore’s example in containing the outbreak.

One of the most densely populated cities in the world, the risk of the virus spreading fast was the fear, but Hong Kong started early as soon as the outbreak was noticed in China. People were asked to practice social distancing, regular handwashing, schools and colleges were shut, and mass gatherings were cancelled. Even the anti-government protestors who have been on the streets regularly complied with the government orders.

Experts say that unlike China, Hong Kong, which suffered during the SARS outbreak of 2003, was cautious from the start. In fact, some claim that because of strict adherence to personal hygiene and social distancing, even the seasonal flu cases have also seen a dip.

This was the reason why, while Chinese province of Guangdong, which is next to Hong Kong, saw thousands of cases, they hardly crossed a few hundred.

The city, which has 7.5 million people, reported around 150 cases at the beginning of March. But some say that it may have let the guard down, leading to the cases increasing in recent days.

One thing that becomes very clear, across the region, is that governments that acted fast, even before people realized the seriousness of the problem, were able to contain the contagion. This, despite being in close proximity to China.

The message from East Asia is simple. ‘Act fast. Don't let your guard down.’