Before Coronavirus: Pandemics That Shook The World

From the Spanish flu of 1918 to the Hong Kong flu of 1968, a history of pandemics that claimed countless lives 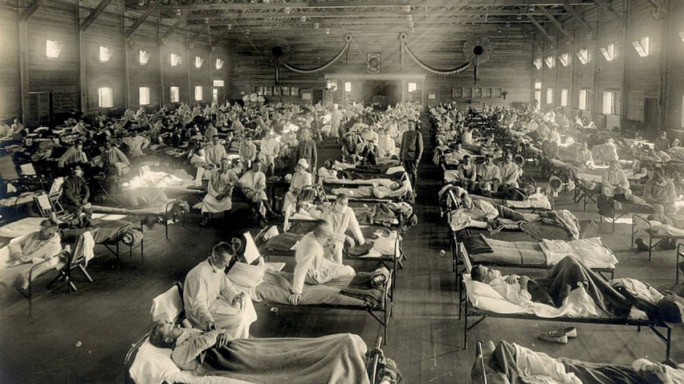 As countries across the globe, including India, grapple with the spread of the coronavirus or COVID-19, the World Health Organization (WHO) has now declared it a pandemic.

The global health watchdog also offered the rationale behind declaring the spread of this virus a pandemic. “WHO has been accessing this outbreak around the clock and we are deeply concerned both by the alarming levels of spread and severity and by the alarming levels of inaction,” said WHO Director-General Tedros Adhanom Ghebreyesus on Wednesday at a media address in Geneva.

According to WHO, over 1.18 lakh cases of coronavirus have been reported in 114 countries, with the death toll at 4,291.

But this isn’t the first time the world is dealing with a pandemic. A short history of other pandemics.

The 1918 Spanish flu or influenza pandemic is often described as one of the worst pandemics in human history.

According to Centers for Disease Control and Prevention (CDC), the 1918 flu was “caused by an H1N1 virus with genes of avian origin”. An estimated one-third of the world’s population was infected by the virus. The disease claimed an estimated 5 crore lives, with a significant number of deaths reported in the US.

In a pre-WHO era, when vaccinations were rare, the virus outbreak was aided by factors like crowded conditions and mobilization of troops during World War I.

Nearly four decades later, a milder pandemic spread in 1957-58, which was caused by an A(H2N2) virus. The first few cases were reported in Singapore and Hong Kong.

In the next few months, the Asian flu had spread to the US and England. According to WHO, the flu claimed an estimated 10-40 lakh lives.

Yet another milder pandemic struck the world in 1968. Known as the Hong Kong flu—the first case was reported in the city—it spread to countries like Vietnam, India and the Philippines.

The pandemic was caused by an influenza A(H3N2) virus. The Hong Kong flu entered the US, with troops returning home from the war in Vietnam. According to the CDC, nearly 1 lakh people died of the flu in the US while the global toll stood at 10 lakh.

This century witnessed its first pandemic in 2009-2010 caused by an influenza A(H1N1) virus. According to WHO estimates, the number of H1N1 deaths reported in 2009 was between 1 and 4 lakh.

“For the first time, pandemic vaccine was developed, produced and deployed in multiple countries during the first year of the pandemic,” said WHO.