The Year Of The Fiery Citizen 2019 was the year of the citizen protestor globally. Climate, corruption, democratic rights, inflation were some burning issues that saw dissent pouring out on to the streets--across the world and in India. As India witnesses swelling protests across the country against the recently passed Citizenship Amendment Act, here is a look at the protests that challenged status quo around the world in 2019.

Haiti has been gripped by protests since 7 February, 2019 on the second anniversary of President Jovenel Moise’s election. Demonstrations engulfed the poorest nation in the Caribbean for months, with citizens taking to the streets demanding the President’s resignation due to allegations of corruption and failure to arrest inflation in the country.

The controversial Citizenship Amendment Act (CAA) passed in by the Indian Parliament in December saw the Indian Union flare up in protests. The act which makes provisions to provide Indian citizenship to non-Muslim immigrants from Pakistan, Bangladesh and Afghanistan has been widely criticized as being in violation with the constitutional principle of secularism. Protests first broke out in Assam as the Act is seen as being a threat to the demographic structure of this multi-ethnic state and spread across the country. To quell protests, the world’s largest democracy resorted to heavy repressive measures—arrests, detentions, curfews and internet shutdowns.

Beginning in Pacific island nations like Vanuatu, Kiribati and the Solomon Islands in the month of September, the protest demanding stronger measures and initiatives to address climate change from world leaders culminated into the “biggest ever” demonstration against the global climate crisis. Inspired by the young Swedish climate-crisis activist Greta Thunberg, the protests travelled to various cities across Asia, Africa, Europe, Australia and the Americas. An increase in subway fares in October, in the capital city of Santiago sparked protests, which grew to a mass uprising across the country protesting against high levels of inequality, expensive health care and poor funding for education. Heavy state-repression was employed to manage citizen dissent, resulting in President Piñera declaring a state of emergency and issuing a statement that the country was "at war". Following the protests the Chilean government has promised a referendum to be held in April 2020.

New tax measures announced by the government on 17 October, set off mass protests in the country charging the ruling government of endemic corruption, the sectarian political system and the dysfunction of basic services and facilities like water, electricity and waste management among others. Protestors poured out onto the streets across cities in the country, demanding social and economic reforms and a change of the ruling political elite. Prime Minister Saad Hariri announced his resignation on the 13th day of the country-wide protests.

A fifty per cent rise in petrol prices in November, stirred Iran into protest. The announcement of the sharp price rise was met with widespread anger as Iran’s economy is reeling under the US sanctions imposed on it due to the failed nuclear deal between the countries. The unrest is being touted as one of the deadliest political unrests in the country since the Islamic Revolution. The nationwide protests have been met by violent state repression, leaving hundreds dead.

The Hong Kong protests started as dissent against a bill that would enable extradition of suspects to Mainland China, in June 2019. Hong Kong, an erstwhile British colony, had been returned to China in 1997 and the bill sparked fears that it would endanger judicial independence and would be used to stifle dissent. The protests against the bill quickly turned into a wider resistance calling for democracy. The bill was withdrawn in September. 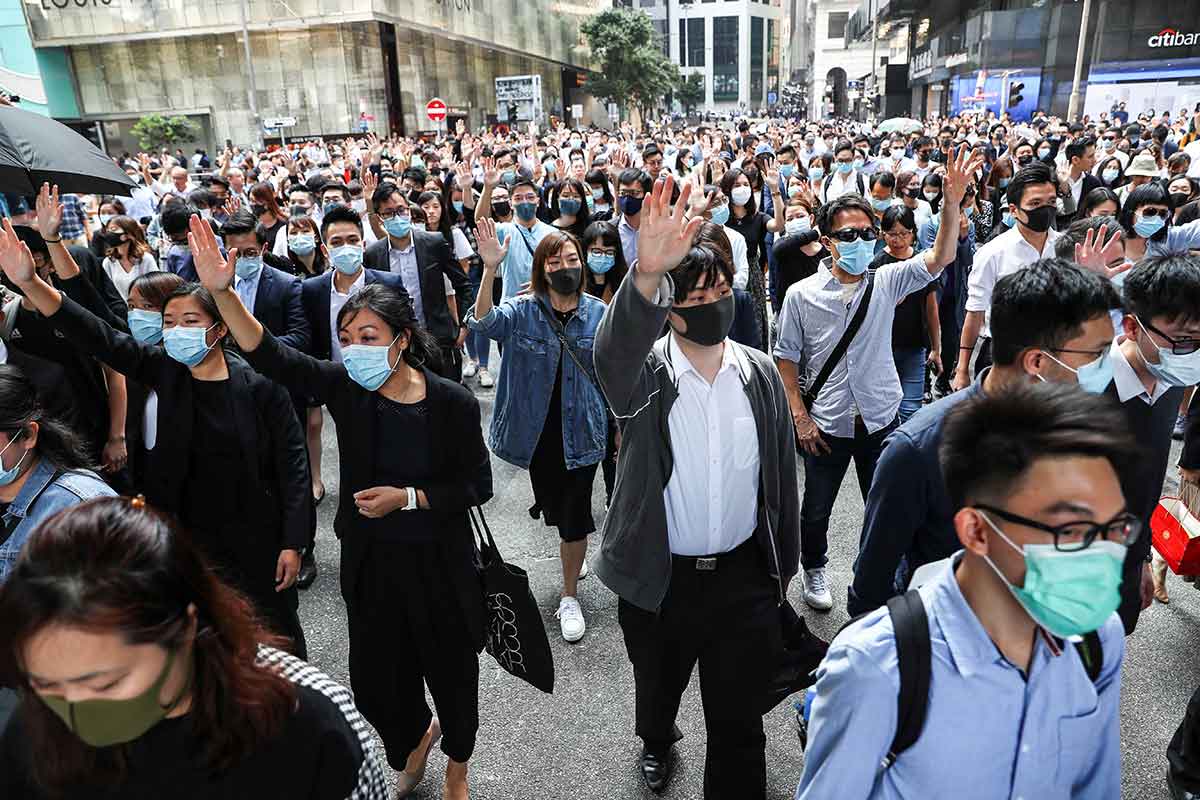 Do You Like This Story?
1
1
Other Stories
Please enter valid text
Must Reads
Latest Issue