The Man Who Remained Committed To Finding Solutions For Poverty

Abhijit Banerjee, one of the Nobel Prize winners this year in Economics, has been working on fighting poverty for years. He was even arrested as a student-activist once 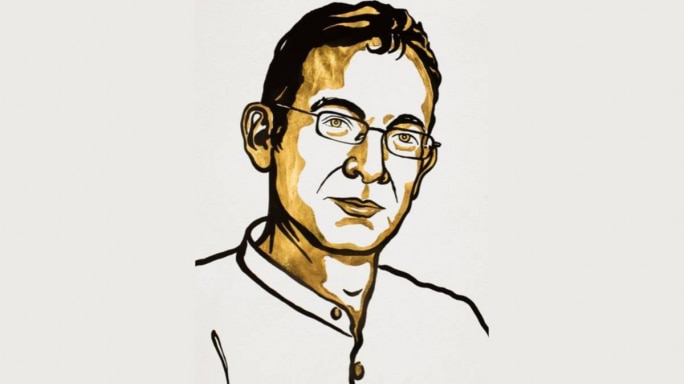 After a brief look at the talks and lectures by Nobel Laureate Abhijit Vinayak Banerjee, 58, on YouTube, his overarching advice to governments—that proffers a top-down approach to alleviate poverty—can be paraphrased as this: Pay attention to how people actually behave, and not how you want them to behave.

The Nobel Prize for Economics for 2019 that Banerjee shares with Esther Duflo and Michael Kremer "for their experimental approach to alleviating global poverty" will hopefully force governments around the world to revisit Banerjee’s studies and fine-tune their economic programmes and make them more inclusive.

Banerjee is currently the Ford Foundation International Professor of Economics and co-founder of the Abdul Latif Jameel Poverty Action Lab (along with economists Esther Duflo and Sendhil Mullainathan) at the Massachusetts Institute of Technology.

He and his partner Duflo hogged the limelight in 2011 when their book Poor Economics: Rethinking poverty & the ways to end it was released. The duo travelled to countries like Ghana, Kenya, and India looking at various government-sponsored poverty-alleviation programmes and explained, with examples, what works, what doesn’t and why some programmes succeed, while others fail.

Banerjee was born to Nirmala Banerjee, a professor of economics at the Centre for Studies in Social Sciences, Kolkata, and the late Dipak Banerjee—fondly called ‘D.B’ by his students—the legendary former head of the department of economics at Presidency College, Calcutta.

He is perhaps the first Nobel Prize winner for economics to go to jail on charges of ‘attempt to murder’. In 1983 Banerjee was one of the scores of students in JNU, who were arrested by the Delhi Police for gheraoing the then vice-chancellor’s house against the expulsion of then student union president. The current finance minister Nirmala Sitharaman was also one of the students at the protest venue. Banerjee spent ten days in Delhi’s Tihar jail. All the charges were dropped subsequently, and he went on to complete his Master’s.

In various interviews over the years, Banerjee has said that his formative years in Kolkata, then Calcutta, shaped his thinking and it was here that he first thought about poverty, and developed the urge to understand the problem and the need to come up with solutions.

Over the years, he has done just that with his books, papers and studies.

The last chapter of Abhijit Banerjee’s runaway hit book Poor Economics is called ‘In Place of a Sweeping Conclusion.’ Its underlying message is that governments should concentrate on solving one problem at a time rather than coming up with giant overarching programmes that may not do much for what they were intended.

The book also talks of “five key lessons” and one that is perhaps relevant to India more than others that governments may be well-intentioned in their policies but “not fact-based” in their approach to policy. Perhaps the economy managers of India should sit with Banerjee and pick his brains on where they fail in their policies.

Banerjee considers himself a “serious cook” and calls himself a “carnivore” who eats and cooks “almost everything” as he told The Telegraph newspaper a few years ago.

His next book, Good Economics for Hard Times co-written with Esther Duflo will be out later this month.  The book examines some of the most talked-about issues of our times like blaming immigrants for the alleged snatching of jobs, the rise of artificial intelligence, and the question of growth and climate change.

One thing you can be sure of is that the book will make you sit up and question your understanding of these issues.