The Magic Of Christmas: Andrea's Gift

Against all odds, my daughter found a way to remind me of the true meaning of the holidays 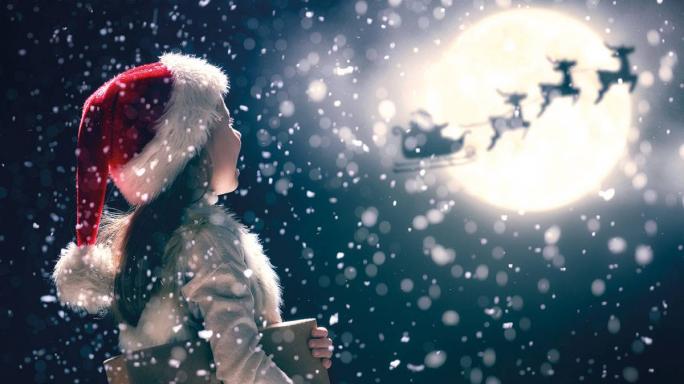 Snow had fallen in the night. My husband, Russ, our daughter, son and I stood at the big window and looked out in pleased surprise. Suddenly our town was dressed for the holidays. Houses wore peaked and furry hoods, and crystal coats encased the trees.

“Just one week from now, we’ll be on our way to the carol service,” Brad said. Almost 13, he embraced family traditions. This was a favourite one: the walk to church early on Christmas morning, meeting neighbours, relatives and friends along the way.

“And we’ll have sausage cakes for breakfast,” Russ said.

“We have to put out suet for the birds,” Andrea said softly. “The snow is always hard on them.”

At 15, Andrea was a lovely, exasperating blend of traits. She could be sensitively sweet one moment, wildly boisterous the next and stone-wall stubborn throughout. Careless as a hailstorm, she scattered shoes and books, as well as bits of tenderness that were all the more touching because they could not be predicted.

“Yes, suet,” I agreed, making a mental note; one more thing to remember in days already crammed with errands. I sighed. “We shouldn’t be just standing here; this is a busy day.”

As I prepared breakfast, holiday plans whirled through my mind. Only when the eggs and coffee were ready did I realize that Andrea was still standing by the window in her blue robe, twisting a long strand of hair between her fingers. She jumped a little, as though my voice had recalled her from a dream. “I was just wondering what to wear for the Christmas concert,” she said. “I can’t decide between my red wool and the green taffeta.”

Andrea plays the flute in the school orchestra. “Either dress should be fine,” I said, wishing she would eat so we could clear the table. She sat and began to pick at her food. My nerves tightened: I had to wrap packages, get to the post office. Masses of silvery paper and bright ribbon awaited me, tags saying ‘from’ and ‘to’.

When the last package was ready for mailing, I ran upstairs to get my coat. Passing Andrea’s room, I stopped. Although she was no paragon of neatness, she hadn’t left her room in such a mess in a long time. Her bed was unmade, her bureau cluttered, her closet door ajar. I glanced in, then turned away as I saw a few unwrapped presents on the shelf. But even that quick peek was enough to tell me that only a fraction of her shopping had been accomplished. And where in the world was she now? I sent Brad to find her. In a minute she appeared, carrying her flute.

“I was just practising in the garage,” she said. She looked around her room vaguely. “Gosh, it needs straightening, doesn’t it?” “That was my feeling,” I replied. “And, if I may venture a guess, a few presents need to be bought.”

My child grinned. “Are you hinting for a gift, Mom?” Teasing, she assured me, “You shall not be forgotten, never fear. Night and day I am planning, planning, brimming with yuletide spirit.”

As the week progressed, I felt increasingly harried. Ads tolled the countdown: six more, five more, four more shopping days. It was impossible that I would ever get the last gift bought, the last meal cooked. Russ’s sense of doom equalled mine. Even Brad began to look stressed as he moved through myriad festivities. Of us all, only Andrea remained buoyant. Unsurprising, I thought, since responsibility rested so lightly on her.

I was puzzled, though, by an odd remoteness about her, and she seemed evasive when I questioned why she came home late from school or left unusually early in the morning. Once, I heard her whispering on the phone and caught the words: “No, not an inkling. I’m sure of it.” On one of those last mornings, I baked and decorated cookies. There were several interruptions, and I slipped further behind schedule. I set about tidying the kitchen. I opened the dishwasher, but it was full already, and not of clean dishes. Andrea had loaded the machine after breakfast and forgotten to start it. Suddenly it all seemed too much: the dirty dishes, the too-tight schedule, Andrea’s negligence. The holiday season was overwhelming. It didn’t seem worth it. I rushed to do the dishes before picking up my daughter at school to drive her to her flute lesson. I pulled up outside at 3 p.m., still annoyed. Andrea’s long-haired figure detached itself from a group of friends, and she ran toward me. I almost weakened at the sight of the funny, half-skipping run. She tumbled happily into the car, bubbling with some bit of high-school news. But as she saw my face, her gaiety gave way to apprehension.

I told her: She couldn’t remember anything; she was untidy, inconsiderate. “I don’t know what you’re thinking, you go dreaming along …” We had nearly reached the music school before I ran out of things to say. Beside me, Andrea sat quiet. I didn’t look at her, but I could imagine her fixed expression and wide eyes. When I stopped the car, she got out and walked wordlessly away. Then I felt ashamed. I was labouring over every detail of the holiday, trying to make sure nothing was forgotten. Yet something was missing.

That evening, we rushed through our dinner. It was the night of the high-school Christmas concert. Along with other families, Russ, Brad and I took our seats in the auditorium. I saw Andrea, in her green dress, sit down at her music stand in the pit. Up on stage, the chorus formed in a double line. As the concert started, my tension began to drain away. I listened, relaxed and moved by the special atmosphere that these young people created. Old and new songs about snow and reindeer alternated with reverent Christmas music. Eventually the music teacher announced the final selection: ‘Jesu, Joy of Man’s Desiring.’ He added, “For this last number we have a soloist. Because she wanted it to be a surprise for her family, her name is not listed on the programme.” Smiling, he looked down into the orchestra pit: “Andrea Hill.”

My tears blurred her image as Andrea rose and, to the applause of that auditorium, took her position on the stage. Just before she raised the flute to her lips, she looked at her father, brother and me, and gave us a wide smile. Did the music sound so beautiful because our child’s instrument led it? I don’t think so. All the fresh young voices were beautiful. But loveliest of all was the sense of wonder that filled me. I remembered my daughter practising, out of hearing, in the garage; the extra time spent at school; the details ignored, the little things undone—while she did this big thing. Instinctively, Andrea had grasped a truth that had eluded me: that dutifulness is less important than love.

With her love, she had presented me with the music and the meaning of the holidays. That was Andrea’s gift.

Do You Like This Story?
15
0
Other Stories
Please enter valid text
Must Reads
Latest Issue