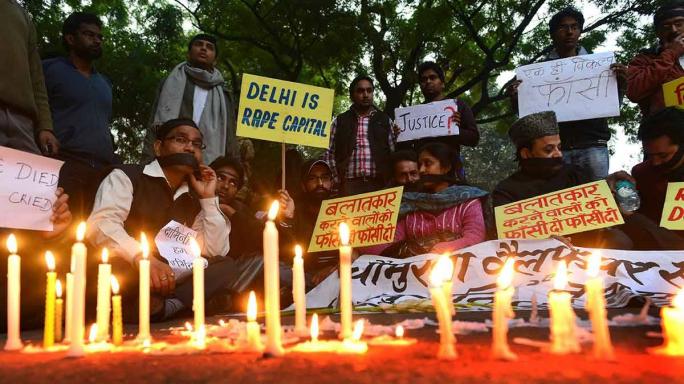 While the Tihar jail administration in Delhi claims that it is ready to execute the four men convicted in the Nirbhaya rape case (Parents of the victim insist that she be called by her name, Jyoti Singh),  though the date of the execution hasn’t been set. Meanwhile a PIL (Public interest litigation) had been filed on December 13 seeking the fast-track disposal of the review petitions along with the mercy plea so that the convicts (Akshay Singh Thakur, Mukesh Singh, Pawan Gupta and Vinay Sharma) can be hanged at the earliest. The PIL has also asked the court to live telecast the execution.

The PIL will be heard on December 17, alongside a plea filed by Akshay Singh Thakur, one of the four death-row convicts in the Nirbhaya case, seeking a review of Supreme Court’s 2017 judgement, awarding him death penalty. The petition argues that Thakur was incorrectly convicted and talks about capital punishment being abolished in various countries and also inexplicably brings up Delhi’s air quality. “... it is important to pertain here that Air Quality of Delhi NCR and metro city is burst and like a gas chamber... the water of Delhi NCR and metro city is also full of poison... Everyone is aware of what is happening in Delhi NCR in regard water and air," the petition says before asking a simple question.

"Life is short to short, then why death penalty? [sic]"  Asha Devi, Nirbhaya’s mother will also be present at the hearing. In December last year, Nirbhaya’s parents had approached the court saying the convicts had exhausted all legal remedies and requested the court to fast-track the procedure to hang all four convicts in the case.

Here’s a short timeline of the case so far:

December 22, 2012: By this date Delhi Police arrest all the accused including a juvenile and charged with sexual assault and murder.

December 29, 2012: Jyoti SIngh succumbs to her injuries at Mount Elizabeth Hospital in Singapore.

January 3, 2013: Police files charge-sheet against the five accused. Juvenile Justice Board (JJB) will prosecute the juvenile accused in the case.

March 11, 2013: Main accused Ram Singh allegedly commits suicide in Tihar jail while the trial is on.

August 31, 2013: The juvenile is sentenced to three years in a juvenile home.

September 10, 2013: The four accused are found guilty of rape and murder. Three days later, they are sentenced to death by a fast-track court.

December 10, 2019: Akshay Kumar Singh files a petition to appeal against his death sentence.

December 6, 2019: The Union Ministry of Home Affairs writes to President Ram Nath Kovind asking him to reject the mercy plea filed by Vinay Sharma, who later goes on to claim that he never signed the mercy petition in the first place. Even though December 16 this year marks the seventh year of the Delhi gang rape case that shook India and the world, Asha Devi is still awaiting justice.