India On A Platter: The Best And Most Popular Dishes From East India

Readers, food experts, historians and chefs curate and select the best dishes from the eastern regions of India 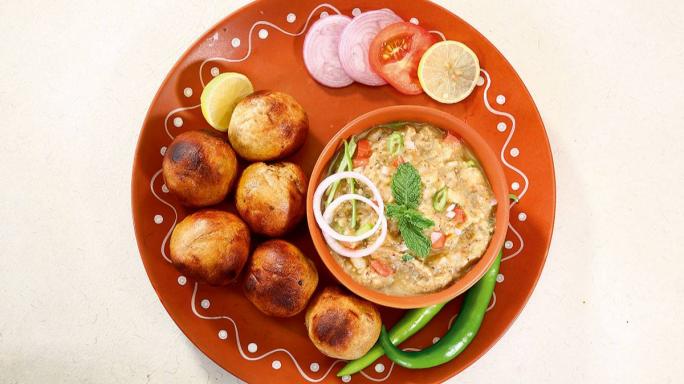 Litti Chokha: A favourite of farmers and soldiers, littis were consumed widely during the 1857 uprising, since they require no vessels to cook and very little water. Small roundels of whole wheat and sattu, they are mixed with seasoning and simply thrown into ovens and baked. Travelling down centuries from the Magadhan kingdom, today they are Bihar’s foremost delicacy. Drizzled with ghee and relished with chokha on the side, littis have travelled to other states too. Chokha is a mash of roasted potatoes or eggplants, with tomatoes, sauteed raw onions, chillies and fresh coriander with a generous helping of pungent mustard oil.

Rugda curry: Rugda mushrooms grow mainly around sal trees in the damp, wild forests of Jharkhand. They are available in plenty during the monsoons and are dug out by tribal women from the undergrowths and sold in the markets. Generally muddy when collected, they are rubbed clean and winnowed before they can be cooked into a curry—hence the name. Meaty and delicious, they are cooked into a rich curry with spices and mustard oil, and can be a good substitute for those who cannot afford meats. Rugda curry, a tribal dish, is fast gaining a reputation as Jharkhand’s best-known food.

Chenna Poda: There are many happy accidents in our culinary history. This dish—Odisha’s showstopper dessert—is one. The story goes, in the first half of the 20th century, Sudarshan Sahu, the owner of a sweet shop in Nayagarh, added sugar and cardamom to some leftover chenna (Indian cottage cheese), kept the mix in an oven and went to bed. Next morning, he was pleasantly surprised to find an aromatic dessert that was soft inside and caramelized and crusty on top. Today, the flavoured, sweetened chenna is wrapped in sal leaves and baked in a charcoal oven for many hours, produ-cing this subtle Indian cheesecake.

Kolkata Biryani: When Wajid Ali Shah, the ousted Nawab of Oudh, reached Calcutta in 1856, he wanted to recreate Lucknow in Metiabruz. Shah’s bawarchis set up a royal kitchen, but were financially constrained. Saffron was eliminated and, to compensate for the shortage of meat, they added potatoes and eggs—and, thus was born the Kolkata biryani. Another theory suggests that the region’s climate may have led to the choices as well. Pale yellow and fragrant, this biryani is lightly spiced and cooked in mustard oil. Of course, there are many gharanas now, each of which is stoutly defended by argumentative Kolkatans. 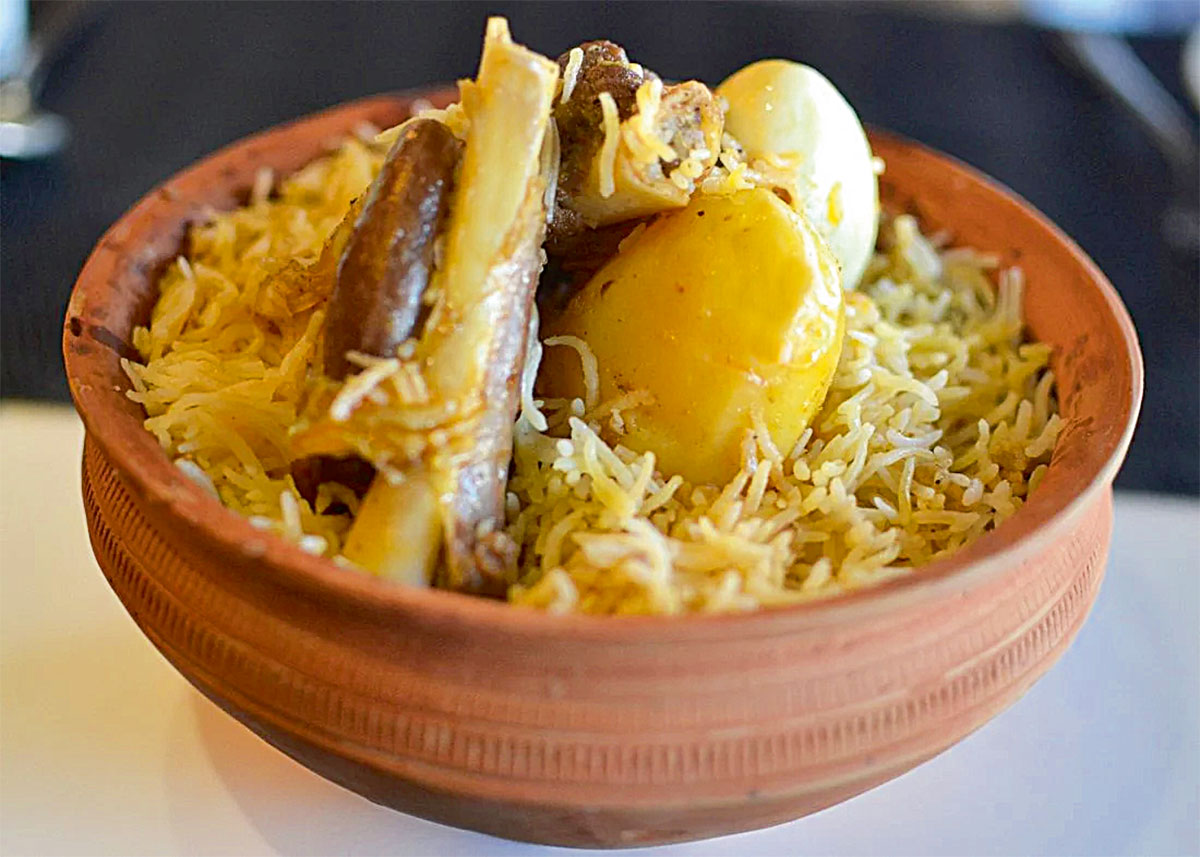