He wrote and took on dictators with his poetry and faced prison. But this only made them spread like wildfire 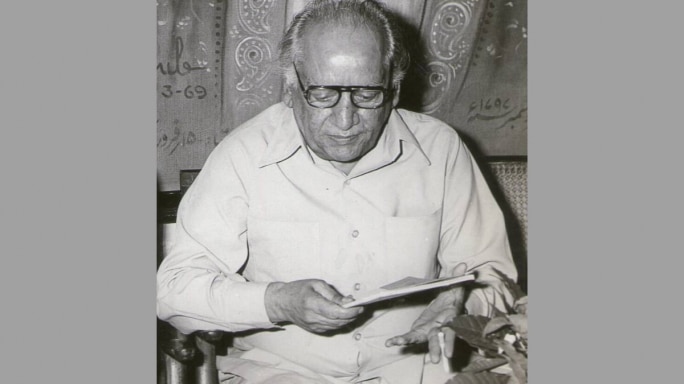 Recently, a complaint was filed by a professor at the Indian Institute of Technology, Kanpur (IIT-Kanpur), objecting to a protest song sung by some students protesting against the Citizenship Amendment Act. The anthem 'Hum Dekhenge' (We shall see), by Pakistani poet and journalist Faiz Ahmed Faiz, according to the complainant, had some “anti-Hindu” lines. The IIT-K has instituted a committee to look into his complaint.

So, who is Faiz, and why are his verses challenging authorities?

Faiz, born in 1911 in Sialkot in today’s Pakistan, was a trade union activist and a member of the Communist Party of India before Partition. Because of his leftist leanings and stirring poetry against the powers that be, he was often under a close watch by several dictatorial regimes in Pakistan. He was also imprisoned several times for his protests and poetry. Faiz was also involved in the Progressive Writer’s Association (PWA) in Pakistan. He was referred to as the ‘protest poet’ for his numerous verses that inspired struggles for democracy and the rights of the voiceless and downtrodden.

Written in 1979, one of his most memorable nazm was ‘Hum Dekhenge’.

[It cannot be but that we too will witness it

That day which has been promised to us

That which has been inscribed on the parchment of life

We too will witness it]

Faiz was exiled to Lebanon under the dictatorship of General Zia-ul-Haq and remained there until 1982. But his poetry continued to inspire his admirers in the sub-continent and remains in their hearts to this day.

Iqbal Bano, among the most well-known singers in Pakistan, gained cult status when in 1985, she sang ‘Hum Dekhenge’ on a public platform. It was the height of General Zia’s regime. Her defiance of the state had a marked impact and ‘Hum Dekhenge’ became the go-to song at anti-establishment protests across Pakistan. Google celebrated Bano’s birth anniversary with a Doodle recently on 28 December.

Faiz’s poetry has those favourites, that have attained a cult following and are considered a must-read in protest marches, and otherwise too. He even has verses criticizing those who are “indifferent” to human suffering. One such is  ‘Aaj Baazaar Meiñ Pa-bajaolaañ Chalo’, immortalized by Nayyara Noor.

[Not enough to shed tears, to suffer anguish

Not enough to nurse love in secret

Today, walk in the public square fettered in chains]

Faiz Ahmed Faiz died in 1984 in Lahore.  He is still the poet, generations of youth turn to for protests, and today, 35 years after his death, he continues to make news, thanks to his immortal poetry.