We Need a Law for Water Security

There’s a water emergency looming over us. The need of the hour is action 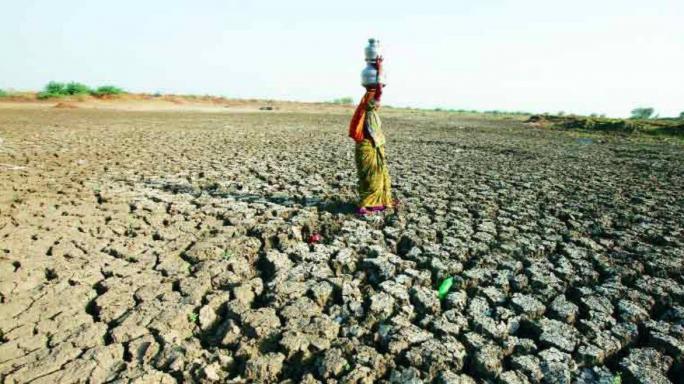 Going through the election manifestos of political parties during the recent general elections, I noticed that almost every party had promised piped water to homes everywhere. There was not a peep about the looming water crisis, though. How can you provide water when there is none to supply?

India is currently reeling under a severe water crisis in 365 districts spread across 17 states. The nature of the crisis itself is quite diverse. There are drought conditions in parts of Maharashtra and Karnataka, with no access to water for humans, cattle or agriculture. According to a NITI Aayog report last year, as many as 600 million people in India were faced with high to extreme water crisis and 21 large cities—including Delhi, Bengaluru, Hyderabad and Chennai—will have no groundwater left by 2020. That’s next year.

Cape Town in South Africa hit international headlines last year, as it hurtled towards   ‘Day Zero’, when the taps in the city would have gone dry. Some Indian cities such as Shimla and Jaipur, may face ‘Day Zero’ this year if monsoon rains are erratic.

I fear for the future of my country as more and more people from water-starved rural areas migrate to urban settlements in search of water and livelihoods. This will change the landscape of our cities forever, putting a massive amount of pressure on the system.

I foresee a time when water resources will be protected by gun-toting guards and water riots will break out in many parts of the country. Can you imagine the fallout if the people of Thane and Palghar districts in Maharashtra refuse to allow water to be piped to Mumbai? If the people of Haryana and Uttar Pradesh demand that their governments should meet their water needs first rather than quenching Delhi’s thirst? Sound scary? I fear that these will come true sooner than later.

In the 21st century, climate change and global warming are the biggest threats and we humans are responsible for them. The water crisis is no different.

While travelling through Narsinghpur in Madhya Pradesh recently, I noticed that the government has launched some modern irrigation projects, but much of the water has been used by the sugarcane farmers. That, to me, is criminal wastage. ‘A’ class water, that is fit for drinking, is being used up in gallons to irrigate sugarcane farms, which can be easily done with ‘C’ class or treated sewage water. This is only one of the many ways in which we are wasting our water resources across the country.

We have used different kinds of modern technologies to exploit nature. However, we are not applying science to sustain, nurture and conserve it. Governments have spent lakhs of crores of rupees on building big dams and irrigation projects, blatantly overlooking sustainability and conservation.

No state in the country has spent more money on irrigation than Maharashtra, but look at the crisis facing the Marathwada and Vidarbha regions of the state— water reservoirs have dried up, cattle are dying on the streets and people are abandoning their villages. They are paying the price for indiscriminate use of water in agriculture and environmental degradation spread over several decades.

The central government has a new ministry called the Jal Shakti Ministry. A change of nomenclature at a time when time is ticking away is ridiculous. When will we see some action? The Namami Gange project, to clean the Ganga, was also launched with much fanfare in 2014. This was a classic case of the government not addressing the fundamental issues and focusing on optics. Mother Ganga is facing a cardiac arrest but the government has called in a dental surgeon to fix it. Only cleaning and beautifying the ghats will not solve matters. Can you stop the pollution and encroachment along the river, is the real question.

Let this be clear: A water emergency is upon us and it’s time we responded on a war footing. Just as we have the National Food Security Act that promises food and nutrition security, we need a National Water Security Act as it should be every citizen’s fundamental right to access this life source.

Community-driven water management is the way forward—the government must give up its stranglehold on irrigation and mass water projects. It should allow greater freedom and funds to common citizens, especially in rural areas, to manage their water resources.

For once, let us fall back on our ancient wisdom and how our ancestors conserved water. We urgently need to recharge our tanks and lakes—the traditional water bodies that were part and parcel of Indian life.

And this is doable, as I have demonstrated in several districts of Rajasthan. In some places like Bhikampura in Alwar district, where I have worked with the rural communities, average temperatures have come down, the water table has risen and there is no dearth of drinking water, which was the case in the ’80s.

The rains have become erratic and are playing havoc with our crop patterns. We need to align ourselves with the changing weather patterns and take our farming community along.

In   urban and semi-urban areas, solid waste has been mismanaged for the longest time. Governments at the centre, state and municipal levels need to come together for an integrated solution to manage this problem as well.

The urban populace can contribute in a big way. Please be mindful: Do not waste water; get serious about rainwater harvesting and pressurize your governments to work towards better water security. We owe it to our children.

Rajendra Singh, called the ‘Water Man of India’, is a well-known environmental activist. He won the Ramon Magsaysay Award for community leadership in 2001 and the Stockholm Water Prize in 2015.

As told to V. Kumara Swamy