Shakespeare wrote King Lear during the Black Plague quarantine. What masterpiece could be in the works in the time of the corona lockdown? 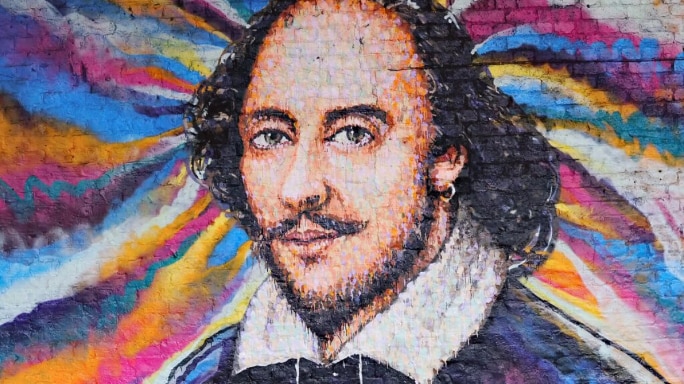 Just under two weeks ago, when the West started to go into self-quarantine and lockdown processes, a writer posted a supposedly inspirational message on Twitter, asking her readers to remember that Shakespeare was in quarantine (for the Black Plague) when he wrote King Lear.

While this message immediately travelled around the world at great speed, a lot of other author responses were mixed at best. Susan Orlean planned to play Words with Friends instead. Matt Haig pointed out that Shakespeare finished King Lear only because he didn’t have Twitter. Scientists had their own version of this inspiration⁠—Isaac Newton discovering gravity⁠—but scientists, being scientists, were less vocal with their protests.

As someone who’s worked from home, writing for a living, almost all through the last two decades and has made a film about a person who hadn’t left his house in months [House Arrest on Netflix], I’ve had a certain amount of experience in both solitude and creative drudgery across media, so let me be the one to break it to you: In case you are planning to write, or make art, or do some other long-pending, long-desired project during the coronavirus lockdown, that is fantastic⁠—I wish you luck. You should definitely do it. And tell the world about it.

But you are not going to write King Lear.

The thing holding you back from being a world-renowned creative genius wasn’t that you were too busy.

I’m not saying that you lack the necessary talent to write an immortal masterpiece. Well, it’s probably true, but I’m not saying it. I’ve told some people this in my life⁠—mostly Bollywood producers who were trying to hire me to write screenplays while flat-out telling me they’d have done it themselves but were far too busy and important and also why was I asking for money⁠—and for some reason they haven’t immediately loved that truth.

Writing is something absolutely everyone thinks they can do, as if the difference between three emojis on WhatsApp and a George R. R. Martin epic series is simply a matter of sitting down for a bit.

Please take it from me⁠—it’s not. What is going to emerge out of the lockdown is a few thousand terrible literary novels about being stuck in the house and having thoughts and feelings. Which doesn't mean that one of them shouldn’t be yours⁠—finishing a novel is a real and rewarding accomplishment and other people’s opinion of it shouldn’t matter. Also, it is entirely possible to build a massively successful writing career without any talent whatsoever⁠—yes, we’re thinking about that same person.

You are not going to write that person’s breakout hit during the coronavirus lockdown either.

They didn’t just get out of bed and become amazing at sales, you know. That takes a lot of work too. And even beyond work, and time, a writing career involves a lot of things people have no control over. Privilege, in all its various forms, is around 90 per cent of most creative success, and we are usually blind to our own privilege. To even be thinking about creative work, or anything beyond survival, during a global pandemic is insane privilege in the first place. On top of privilege and effort there’s also sheer luck⁠—which is a lot of the remaining 10 per cent, as you’ll see if you decide to go down the long, slow grind of a creative career.

Which is just to say, please do that long-delayed creative thing to fill the time the lockdown has given you. But try and do it because you enjoy it, because it's fulfilling for its own sake. And please don’t make yourself, or the people around you, suffer in the process.

Also if you do write an immortal classic because this essay irritated you, you owe me money.

Do You Like This Story?
6
2
Other Stories
Please enter valid text
Must Reads
Latest Issue