Should Everyone Have the Right to Enter a Place of Worship?

Should places of worship restrict entry for some sections of the population or should everyone have the right to enter them? 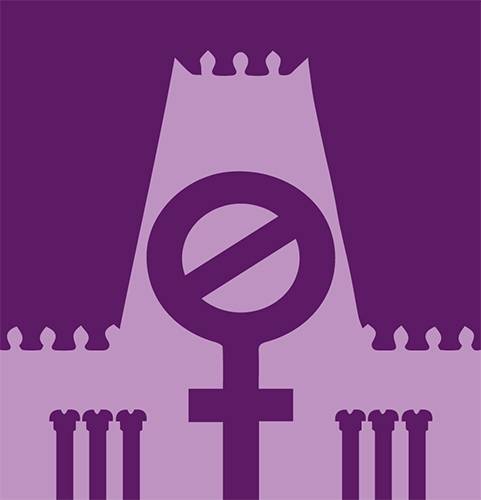 Nestled in the forests of the Western Ghats in Kerala, atop a hill is the Sabarimala Sree Dharma Sastha Temple, devoted to Lord Ayyappan, a brahmachari [celibate] deity. Every year, millions of pilgrims make the arduous journey to the temple. And for the Travancore Devaswom Board running the temple, everyone is welcome, except women between the ages of 10 and 50.

In 1990, S. Mahendran, a devotee, filed a petition in the Kerala High Court protesting against the entry of young women to the shrine (which was contrary to the temple's customs). He cited the example of S. Chandrika, the board's former commissioner. She had conducted a first rice-feeding ceremony for her granddaughter in the presence of several women.

The court issued a notice to the complainant S. Mahendran, S. Chandrika and the Devaswom Board asking for an explanation. After hearing the arguments, the court felt that the questions that arose were fundamental in nature and could have an impact on the faith of the temple. Hence the complaint was converted into an original petition -- a public interest litigation -- under Article 226 of the Indian Constitution.

The Devaswom Board sought a dismissal, arguing that they "cannot conceive of any religious practice under the Hindu religion, which deprives a worshipper of his rights to enter the temple and worship therein according to his belief". They noted that the board issued notifications during Mandalam, Makaravilakku and Vishu preventing the entry of women while taking into account religious sentiments and practices. The Indian Federation of Women Lawyers, became party to the litigation and argued, "… prevention of entry of women ... of 10 to 50 will affect the fundamental rights … guaranteed under Articles 15 and 25 of the Constitution of India." This amounts to discrimination on the ground of sex, they said.

The Kerala High Court ruled in favour of the petitioner, restricting women in the age group of 10 to 50. It was enforced under Rule 3(b) of the Kerala Hindu Places of Public Worship (Authorisation of Entry) Rules, 1965, that prohibits the entry of women at such time during which they are not by custom and usage allowed to enter a place of public worship.

In 2006, the Indian Young Lawyers Association challenged it and sought removal of the ban in the Supreme Court. It argued, "Hindu women have a right to enter the temple as part of their right to practise religion under Article 25 of the Constitution … gender justice … is part of the constitutional morality of India … The denial of entry between the ages of 10 to 50 is based on the fact of menstruation during that period alone … is therefore based on biological factors of womanhood. It is therefore discrimination based on sex and not protected by the Article 26."

In April 1991, the Kerala High Court imposed a ban restricting temple entry to women aged 10 to 50. Quoting the thanthri [head priest] and other witnesses, the court stated that, "the deity at Sabarimala is in the form of a naisthik brahmachari ... it is therefore believed that young women should not offer worship in the temple so that even the slightest deviation from celibacy and austerity observed by the deity is not caused by the presence of such women". The court concluded, "The restriction imposed on women … from trekking the holy hills of Sabarimala and offering worship at Sabarimala Shrine is in accordance with the usage prevalent from time immemorial ... Such restriction … is not violative of Articles 15, 25 and 26 of the Constitution of India."