Onions may seem essential, but it's not very difficult to cook without them. Here's how 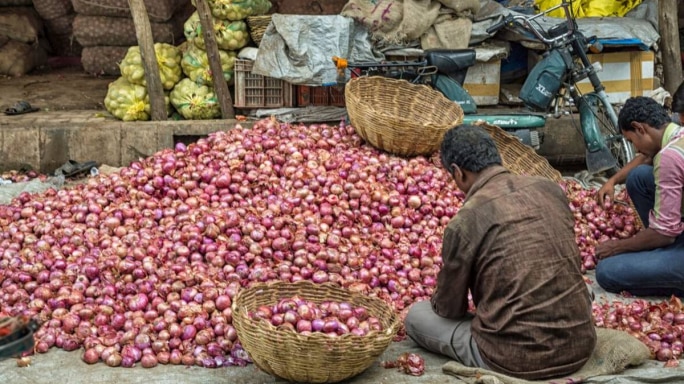 Update: This December, prices have almost tripled since then. In Hyderabad, onions are costing as much as ₹160 per kg, while in cities like Mumbai, Kolkata and Chennai, they are being sold at rates ranging from ₹90/kg to ₹140/kg.

With the price of this kitchen staple skyrocketing continuously, without an end in sight, it’s time to get creative in the kitchen.

We reached out to two well-known chefs, Anahita Dhondy of SodaBottleOpenerWala, Gurugram, and Kolkata-based Shaun Kenworthy, for ways to upgrade your cooking to remove or replace this dear ingredient without compromising on the nutrition value, quality and taste.

Firstly, it’s important to know what onions do to your food and where it’s used. Mostly used as a thickening and flavouring ingredient, Chef Dhondy suggests we replace it with tomatoes. She says,“ We can make sabzis and dals, with a tomato tadka. We can use spices, ginger and garlic to enhance the flavours.”

Furthermore, both Chef Dhondy and Chef Kenworthy express relief about the fact that while it seems essential, it’s not very difficult to cook without onions. While Chef Kenworthy points towards traditional Brahmin and Jain food, Chef Dhondy says, “Look at all the recipes we eat during the navaratras. We use a variety of ingredients like raw banana, arbi (taro root), potatoes, spices like jeera, and use tomatoes to thicken the gravy.”

If one just can’t do without onions, Chef Dhondy and Kenworthy recommend using spring onions or green garlic. Another way to add onions to your diet is by pickling small Madras onions and having it with your meal. If you really miss the taste of onion, Chef Kenworthy says it might be useful to eat onions on the side instead of using them to cook.

Chef Dhondy says that the most economical thing to do is to eat what's in season. “Eating seasonally is cheaper and healthiest”, she adds.