A guide to understanding your four-legged best friend 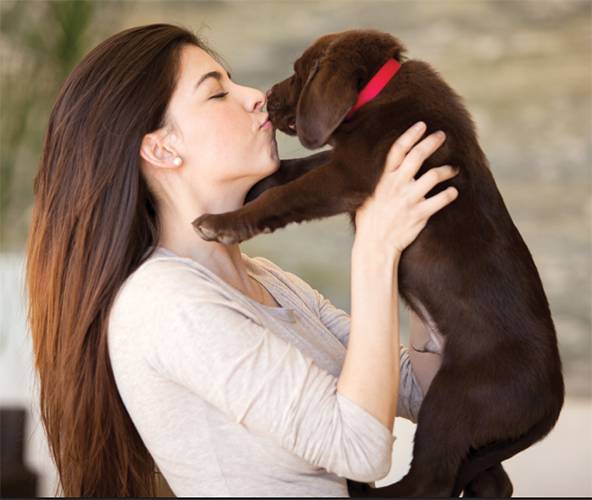 Myths and superstitions continue to flourish freely in the canine world despite advances in science and research. The old wives' tales have been around for so long, they have turned into clichés or catchphrases. In the end, though, the ones that suffer the most are the dogs themselves. So, to clear the air, here are the myths, the aphorisms and the truth.

MYTH: My dog knows when he's done something wrong. He looks guilty when I scold him.

FACT: Submissive displays like cowering or, as we humans call it, "looking guilty" have nothing to do with your dog "knowing that he's done something wrong". Most owners scold a dog well after it has committed its naughty act, arguing that the dog knows it did something wrong. Since a dog cannot associate praise or punishment with an action, unless it immediately follows the action, he has no idea why he is being scolded. He looks guilty because he is frightened of the owner's aggressive behaviour and is trying to placate him using a display that, in a dog's mind, should work. Under normal circumstances, a dominant dog won't continue to challenge a dog that is showing submission. If you do want to scold your dog for any reason, make sure you do it only if you catch your dog in the act and, even then, keep it short.

MYTH: A wagging tail is a sign of a happy dog.

FACT: Most of us think a wagging tail is a sign of a friendly dog, but did you know that a dog would also wag his tail just before he is going to bite? Dogs communicate with their tails, so it's a good idea to learn what the canine means when it uses this highly mobile appendage. For example, an aggressive dog will hold its tail erect and wag it very stiffly from side to side. A friendly or happy dog will hold its tail horizontally and wag really fast -- the whole rear end moves. A frightened dog will hold its tail low, close to its legs and wag in a nervous manner. Before approaching an unfamiliar canine, it's important to note its entire demeanour, not just the tail.

MYTH: Dogs kiss us on the lips as a sign of affection.

FACT: Kissing is a primate's and not a canine's way of showing affection. Puppies lick their mother on the lips to get her to regurgitate food. They often do the same with humans and the behaviour, if rewarded, can quickly turn into an attention-seeking one. Licking can also be a signal of submission -- if you scold a pup, it might try to lick your lips in a similar gesture of pacification. So while face-licking may not represent love, it nevertheless can be interpreted as a token of a dog's affection or respect.

MYTH: Dogs are scavengers and can eat all kinds of human foods.

FACT: While some human foods are beneficial to dogs, such as eggs, yoghurt [some dogs may be lactose intolerant], flaxseed, chicken liver and green beans, some are actually poisonous. For instance, chocolate can cause theobromine poisoning and be fatal -- even a small amount can cause lethargy, vomiting and diarrhoea. Onions fed over a long period of time can cause anaemia. Bones can cause choking, internal punctures and, in some cases, even death. Macadamia nuts can cause indigestion, and grapes and raisins are known to cause kidney failure. So feed human foods to dogs with caution.

Shirin Merchant is a Mumbai-based canine behaviourist and trainer. She is also the founder and director of Canines Can Care.